Top airline news from around the globe this week

This week's top airline stories stretch from Airbus's new design for obese travellers, through to the controversy over a Danish PM's airline choice. Here's all you need to know in airline news this week:

Greg Fordham, the managing director of Ausbiz, said he is currently working with international airlines and airports to see his vision for a simplified baggage drop system become a reality by 2020.  In the Fordham future, passengers will simply drop their tagged bag into a chute on arrival at an airport. It will be delivered to a bag factory where it will be sorted, scanned and then delivered to the appropriate flight. Meanwhile, travellers will walk through one security checkpoint that will be combined with a SmartGate.

Jet Airways travellers will be able stream videos, games, and music on their personal Wi-Fi-enabled smartphones, tablets, and laptops beginning later this spring when the carrier debuts its improved in-flight wireless service. Only content from the carrier’s audio/video library, however—not the entire Internet—will be available to travellers. The India-based carrier though did announce “plans to upgrade from a streaming service to a full broadband satellite connectivity in the future."

Virgin Galactic has revealed its new ship designed to bring space tourism closer to reality, with renowned physicist Professor Stephen Hawking naming it Virgin Spaceship (VSS) Unity. The new version of the SpaceShipTwo is the first to be manufactured by Virgin Galactic’s own manufacturing arm. The SpaceShipTwo is designed to take two pilots and up to six passengers to suborbital space, on a trip that would include “an air launch followed by a rocket-powered ascent at three and a half times the speed of sound, the silence of space, several minutes of out-of-seat weightlessness and multiple windowed views of our home planet”.

Politicians’ travel choices often cause raised eyebrows amongst voters, but Danish Prime Minister Lars Løkke Rasmussen has been admonished by some of his fellow Danes for one of his travel decisions. Rasmussen has been under fire from some quarters for flying with budget airline Ryanair on his recent holiday to Spain. Airline unions have been at loggerheads with the Irish airline for several years due to company policies which are not in keeping with Danish social benefits.

A new patent has been submitted by Airbus on a seat bench design which could be used to accommodate larger travellers Image by Tony Alter / CC BY 2.0

The growing problem airlines have trying to cope with rising numbers of obese travellers may be solved by a new bigger bench seat design put forward by Airbus. The aircraft manufacturer has just submitted a new patent for a seating plan for what the company terms “a Re-configurable Passenger Bench Seat’.  This would allow airlines to cater for all shapes and sizes as both the chairs and seatbelts would be adjustable for bigger shapes. In the drawings submitted for its patent, the design shows how two overweight travellers could fit easily with an armrest between them or alternatively how that same space could accommodate three more slender passengers.

A Japan Airlines Boeing 737 sits on the snow-covered tarmac after more than 160 passengers and crew slid down emergency chutes in snow due to an engine fire at New Chitose Airport in Sapporo in Hokkaido, Japan's northernmost main island. Image by (Daisuke Suzuki/Kyodo News via AP)

More than 160 passengers and crew were forced to slide down emergency chutes in swirling snow after engine smoke forced a Japan Airlines domestic flight to abort take-off, Japanese media said. National broadcaster NHK showed video of the passengers evacuating and gathering on the snow-covered tarmac at New Chitose Airport, which serves the city of Sapporo in Hokkaido, Japan’s northern-most main island. At least four passengers were injured during the evacuation and taken to hospital, Kyodo News agency said, citing rescue officials. 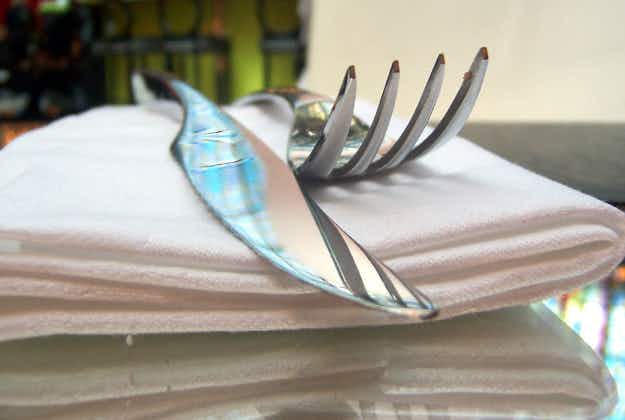