This week's top stories were as entertaining as they were informative, from how to cope with motion sickness to news from Myanmar, with a little stop off in Japan for a necessary cat story. Here are our top stories from around the world this week:

Maru, Japan's most famous cat. Image by I Am Maru blog

It’s the national holiday the internet has been waiting for; today Japan celebrates the 30th annual Cat Day. While many countries do have national days to celebrate cats, none have embraced the day with as much enthusiasm as the Japanese. Cat ownership in the country was estimated at ten million in 2009 – one of the highest per capita rates in the world -and the number is expected to have increased since then. The tradition began in 1987 when the Executive Cat Day Committee polled nearly 9,000 cat enthusiasts who selected 22 February as Cat Day. The date is significant as the Japanese word for the number two resembles the word “nyan”, the Japanese for “meow”. Therefore the date sounds like “meow meow meow” in Japanese.

Scaling pagodas to watch the magical sunset over the plane of temples in Bagan Image by Stefan Munder / CC BY 2.0

Visitors will no longer be able to climb the venerated pagodas in Bagan, a city in Myanmar (also known as Burma) to view the city’s famous archaeological sites at sunset from Tuesday 1 March. The government has blamed the measure on recent bad behaviour by tourists. The clampdown brings to an end the traditional ritual of tourists scaling the structures to watch the sunset over a plane containing 2,500 Buddhist monuments. The Minister of Culture claims the decision was taken to protect the ancient buildings which are considered to be holy sites by local people, according to MailOnline. The Minister described as “culturally disgraceful” that visitors – despite a series of warnings – continue to dance and sleep on the monuments while also wearing inappropriate clothing.

Fancy a drive through the Arctic tundra? A swim in Arctic waters? A highway currently under construction in Canada’s Northwest Territories will, for the first time, give ordinary motorists year-round public highway access to the world’s northernmost wilderness and ocean. The road represents a major engineering challenge. It will sit on permafrost, separated from the frozen ground by layers of quarried stone and a protective fabric. It can only be built in the winter months, when ice can support the weight of 40 ton trucks hauling construction material. Altogether, 177 million cubic feet of material will be moved, and when complete the road will feature eight bridges and 359 culverts. More than most, the road fate depends to a large degree on climate change. If the permafrost melts, the road is likely to buckle in places and begin to look more like a roller coaster than a highway.

The DFDS Calais Seaways is battered by waves as she leaves the Port of Dover in Kent. Image by Gareth Fuller/PA Wire

Motion sickness can be a curse for a modern day traveller whether on an airplane or simply a car, so is there anything that can be done to avoid it? A new book the Idiot Brain explains some of the more peculiar tricks our brains play on us, including why a flight or road trip makes some people race to find the nearest sick bag or bathroom. Author Dean Burnett told Lonely Planet that one theory of motion sickness was that it was the result of our brains literally receiving “mixed signals”. He explained: “When you’re sat in a plane, train, ship or car, you’re not moving your own body, and the view is quite static because you’re inside the moving object. But the balance sensors in your ears obey the laws of physics, and the motion and acceleration set them off.”

Have you ever wanted to have the streets of London all to yourself? One photographer did just that and the results are simply stunning. Genaro Bardy, a freelance photographer based in Paris, walked around London continuously between 11pm and 6.30am on Christmas Eve and morning shooting 25 iconic locations. The long-exposure shots are striking for what they lack; the normal hustle and bustle of cars and people. ‘Desert in London’ is the third of Bardy’s attempts to shoot an empty city. In 2011 he documented a quiet New York city in the hours before Hurricane Irene struck. 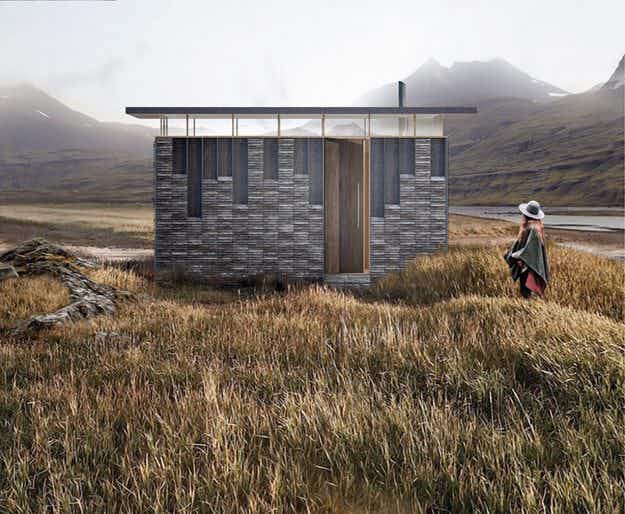 A boutique glamping hotel with bespoke cabins inspired by everything…