These three friends got an entire flight to themselves with business class upgrades, free champagne and food

Three friends on a return trip from Gibraltar to London got a unique and unexpected VIP experience after they discovered that they had a whole plane to themselves.

Sarah Hunt, Laura Stevens and Lawrie-Lin Waller in the cockpit of the plane before takeoff. Image by Laura Stevens

Laura Stevens, Lawrie-Lin Waller and Sarah Hunt were due to return home after visiting friends in the British territory when their flight was delayed by three and a half hours due to fog at Heathrow airport. Having already checked in online, and only travelling with hand luggage, the travellers were told that they could turn up close to the delayed time in order to avoid waiting for hours at the airport. When they arrived however, they found a strangely quiet building, with the duty free shops all closed and no other passengers at their gate.

The duty free shops in the airport were opened for the friends and they were given access to the executive lounge. Image by Laura Stevens

“After about 15 minutes we asked the airport staff if our flight was still going ahead and they explained that we were going to be the only three people on board. Everyone else who was supposed to be on our flight had gotten to the airport early enough to be moved onto an earlier flight,” Laura told Lonely Planet Travel News. After hearing the news, the friends were sure that the flight was going to be cancelled, but the plane had to return to London at that time regardless of passenger numbers. The staff at the airport opened the shops for them, and they were given use of the executive lounge.

The VIP experience continued after the friends boarded the plane, with free upgrades being made available to them by a shocked cabin crew. “The staff had never seen anything like it. They told us to sit at the front in business class, we got a private safety briefing and we were served unlimited champagne, hot food and snacks. It was the best two and a half hours of our lives!” Laura said. Upon landing, the three friends joked with the surprised passport control offices that they were a new soon-to-be-famous girl band landing in London.

The British Airways plane in Gibraltar. Image by Laura Stevens

News of the unique flight soon got attention all over the world after Laura posted pictures and videos documenting their adventure on Twitter and Instagram. “It’s something we’ll never forget…and will be a great story to tell the grandkids,” Laura said.

New in Travel: the story of the American Revolution will… 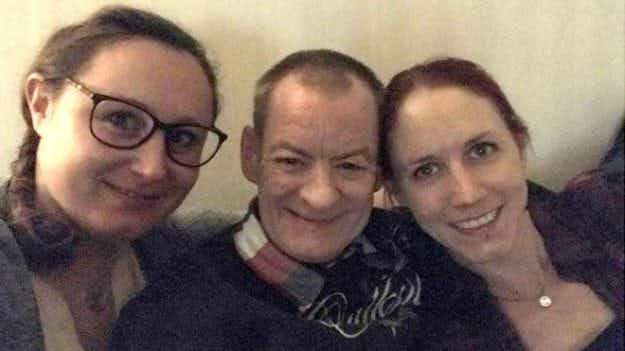 'An incredible act of kindness' - a man in need…