Hold your nose: for the first time, three corpse flowers are blooming in DC

Just steps from the US Capitol in Washington DC, flocks of visitors are coming to the US Botanic Garden to see something that smells like putrid garbage. Why? Three corpse flowers are putting on a rare show of the senses. They’re monstrous and showy and morbidly cloaked in dark purple and green – and, well, they stink.

Washington DC is abloom with these smelly flowers. Image by Barbara Noe Kennedy

‘They have the same chemical components as rotting fish, sweaty socks, moth balls and garlic,’ says Ray Mims, USBG Conservation and Sustainability Horticulturist. Nothing like the disgusting to draw the crowds. Last year, a single bloom attracted 130,000 visitors, with 650,000 additional viewers via live stream. And this year is no different, with plenty of media coverage and an as-yet undetermined number of visitors – who keep on coming.

The first corpse flower bloomed Sunday, August 20, at a height of 91 inches. The second one showed its macabre face on Tuesday, August 22, at a height of 50 inches. And the final of the trio is expected to unfurl in all its glory (and stench) this Sunday, August 27. “It depends on the weather,” Mims says. “But it should be Sunday, maybe Monday. It should the the largest one.” It’s already at 85 inches. It takes so much energy to produce a flower that each corpse plant blooms only every seven or ten years, so the fact that three of the Botanic Garden’s 13 are blooming at the same time is notable.  “We believe this is the first time it’s happened in the history of North America,” Mims says.

Why does this plant smell so disgusting? ‘To attract pollinators like the carrion beetle and flies,’ Mims says. Since these insects typically eat dead flesh, the smell and color of the corpse flower mimic a dead animal. You can watch the excitement yourself on the Botanic Garden’s live TV here. And that might be safer: No smell. The US Botanic Garden is open 9 am to 5 pm daily, with special corpse flower hours extended until 7 pm (10 pm during peak bloom). Get updates on the bloom and further info on the US Botanic Garden here.

What is a corpse flower?

The corpse flower, also known as titan arum and Amorphophallus titanum, is native to the Sumatra jungles. In their natural habitat they can grow up to 12 feet-tall. Indeed, the flower is the world’s largest unbranched inflorescence. That is, it is actually a cluster of hundreds of flowers that looks like a single flower. (Sunflowers are also inflorescences.)

It’s hard to predict exactly when a corpse flower will bloom. It begins with the revealing of the spadix (the large vertical center) and the unfolding of the spathe (the part that looks like petals). ‘At about nine days, the spathe gets fuller and turns purple,’ says Mims. At that point it starts growing quickly – six inches or more a day. 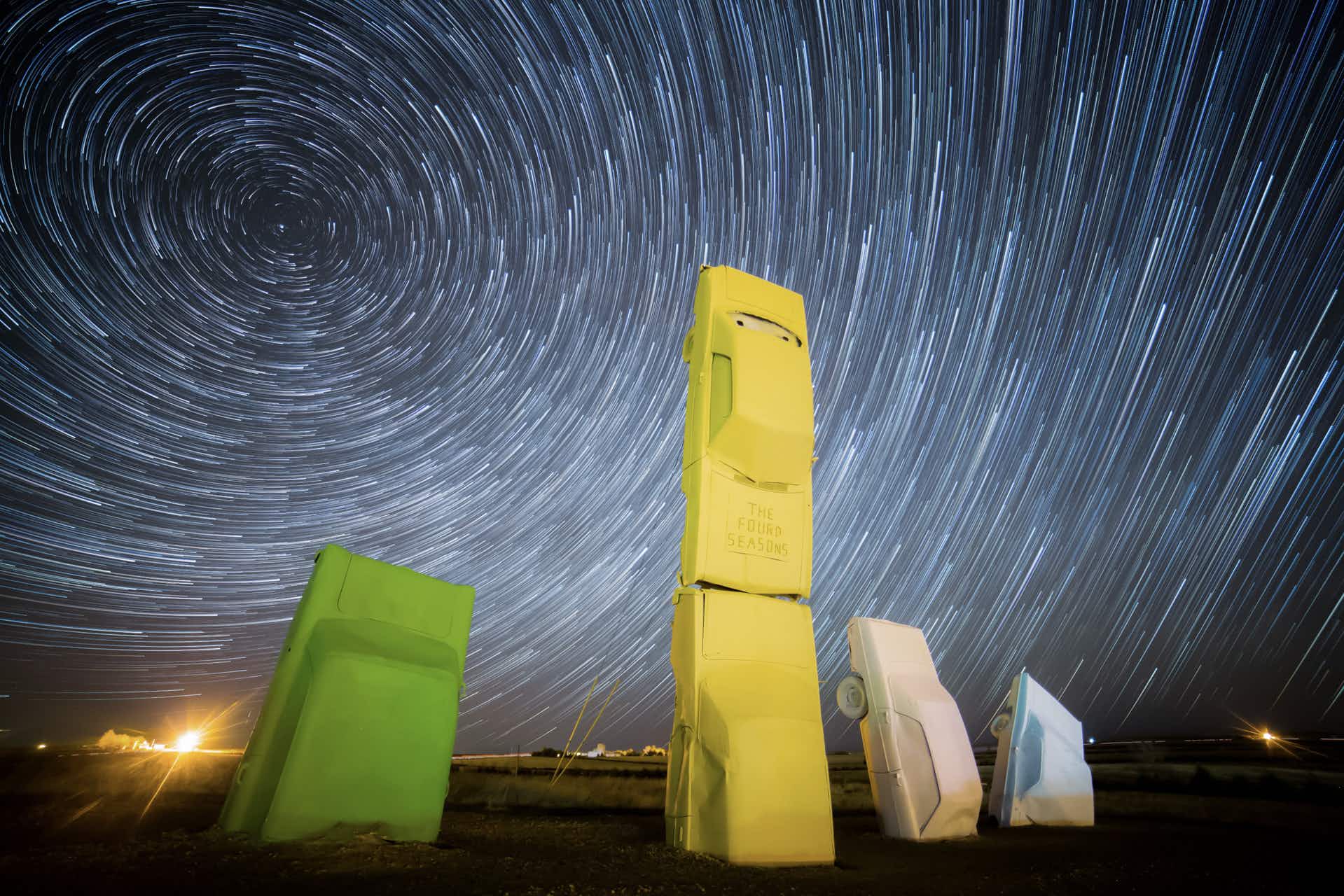 This time-lapse video captures sunsets, star trails and the total… 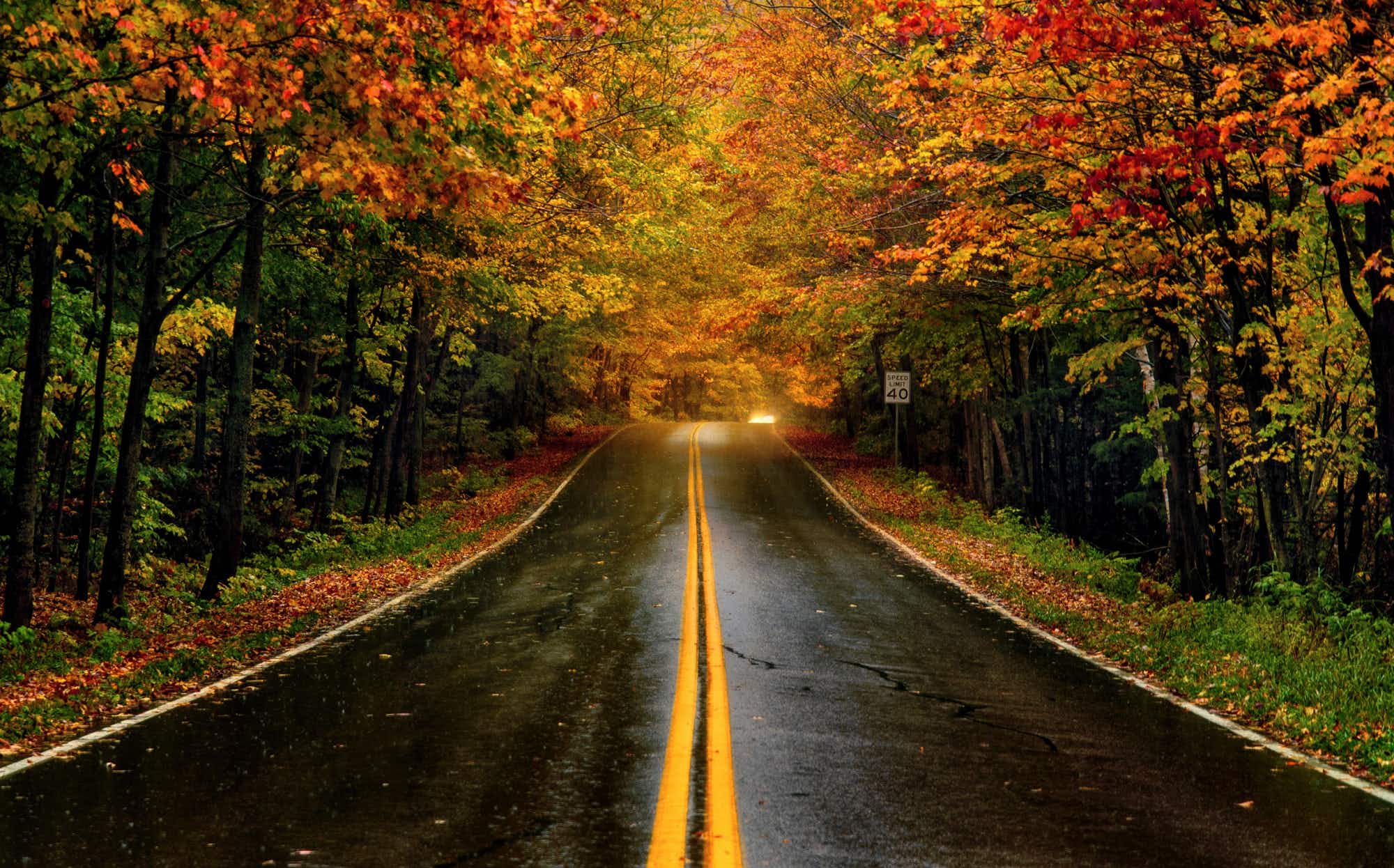 Chart this year's fall foliage in the US with this…