During winter, frozen rivers and lakes around the world are transformed into ice rinks with locals and visitors taking to the ice on top of mountains, under the stars, and even in the middle of vibrant cities.

A girl ice skates on a frozen lake in Silverton, Colorado. Image by Getty Images

We have pulled together a ranking of the most visited and well-rated ice rinks around the world.

The largest naturally frozen ice rink in the world is set on the scenic  Rideau Canal  in Ottawa Canada, where every day, around 20,000 visitors skate across the 4.8 mile (7.8km) ice surface.

This skating rink can at one time accommodate up to 4500 skaters on over 20,000 square meters, making it the largest artificial ice rink in the world.

Every winter, the turquoise waters of Lake Louise freeze to form The Alberta Ice Rink, giving skaters from all around the world the opportunity to glide across its smooth surface in the heart of the Canadian Rockies. Canada has four ice rinks on the list. As well as the Alberta Rink, it is also home to the Nathan Philips Square in Toronto, Rideau Canal Skateway in Ottawa and Grouse Mountain Ice Skating Pond in Vancouver.

This iconic ice-skating rink, featured in numerous Hollywood movies such as Serendipity and August Rush has been open to the public since 1950.

Here's a  practical guide to these and other rinks, with opening times, prices and details of what the rinks transform into during the warmer months of the year.

Produced by
Fairmont Hotels and Resorts 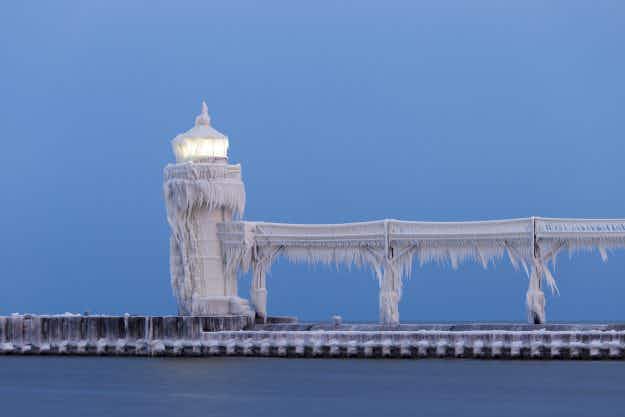 Photographer shares stunning images of the Saint Joseph Lighthouse on…

Adrenaline junkies will love this thrilling walkway in the Swiss…