Famed for being one of the most vibrant, dynamic and richly cultured cities in the world, Tokyo has long held a massive draw for travellers from all over the world. With that in mind, a film-maker has created a stunning video that showcases Tokyo in all its glory, allowing people to take an interactive tour of the city.

Hello Tokyo brings viewers on an digital tour of the city. Image by Christoph Gelep

Created by Christoph Gelep over the space of a five-day trip, the four-minute long video called Hello Tokyo showcases the city by day and by night, travelling through famous neighbourhoods and sites such as Shinjuku, Shibuya, Roppongi Hills, Odaiba, Senso-Ji Temple, Tokyo Metro and Yurikamome Line and Akihabara in a series of time-lapses and slow-motion cuts. “It has always been a dream of mine to visit Japan since a young age, I'm a big fan of their unique culture and traditions. I actually booked the flight in a last minute decision when I had some free time and it was initially intended to just be a holiday! However, as soon as I arrived it became clear that I should make the most of my time there and capture my experiences. I was very happy I decided to bring my camera with me,” Christoph told Lonely Planet Travel News.

Christoph said that due to Tokyo’s massive size, the most challenging part of the shoot was the language barrier while researching locations and planning logistics. “There is obviously a lot of information about Tokyo already to be found, which helped me to plan my shoot to a certain extent. I knew I wanted to capture a balance of the fast-paced city life as well as some of the old traditional elements,” he said.

The video was shot over the space of five days in Tokyo. Image by Christoph Ge

Some of Christoph’s favourite spots in the city for shooting included Shibuya Crossing, with its constant flow of people and neon atmosphere, while the numerous unique small bars of the Golden Gai in Shinjuku also made for compelling footage. As a result of Hello Tokyo, Christoph was invited back to Japan for another project with a Japanese company to create a video on the region of Kyushu. More of his Christoph’s work can be seen on his Vimeo profile.

This Irishman finished a 10-year journey to visit every country… 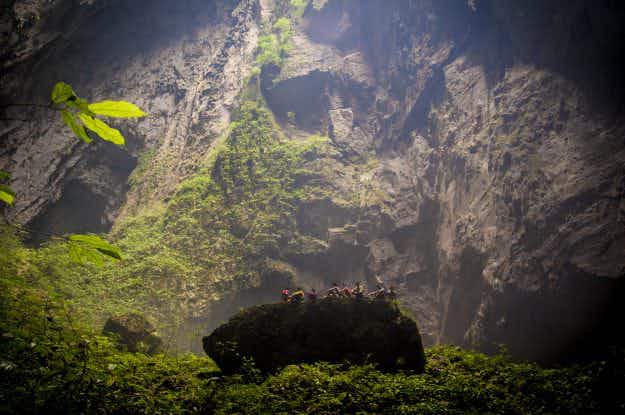 Stunning new 360-degree documentary aims to save the world's largest…