Sweden has instituted a ‘hotline’ for international callers to talk to a random Swedish person about why their country is so great.

Sweden has long been a pioneering country for architecture, design, and childcare. Now it may be pioneering a new way to promote tourism abroad to potential visitors.

In recent days the Swedish Tourist Association has set up a hotline number “to spark people's curiosity about Sweden - our culture, nature and mindset. To help us do this, we have the people of Sweden.”

The hotline number goes through to one of the many random Swedish people. The selection is simple, as the ‘random Swedes’ will have had to download and pay for an app in order to be in the pool of people to get a phone call. However, the Swedes are neither vetted nor given any instructions as to what to say.

The initiative was launched to celebrate the 250th anniversary of Sweden’s 1766 Freedom of the Press Act, generally regarded as the first document to acknowledge freedom of the press.

The initiative launched on Wednesday last week, and since then the Swedish Tourist Association has had 3000 people volunteer and an equal amount of phone calls.

Whilst the calls are not monitored, they are recorded, so that if anyone were to abuse the system they would be barred from receiving or making calls on the hotline number.

According to the Daily Mail, who interviewed the Swedish Tourist Association’s manager Magnus Ling, the greatest number of calls has come from Turkey since the initiative kicked off.

Speaking to the Daily Mail, Ling explained why they’d hit upon this initiative: “It's like when Swedes travel the world. You don't know who they're going to talk to and what they're going to say.”

The ‘Swedish Number’ is also a way of increasing membership to the independent non-government run Tourism Association.

All in all, it may seem that there is method to the madness of the scheme, with people talking to other normal people and experiencing a long distance hit of the Swedish open-mindedness. Try it yourself! Here's the number: +46 771 793 336

Female stormchaser turns the world's most dangerous weather into stunning… 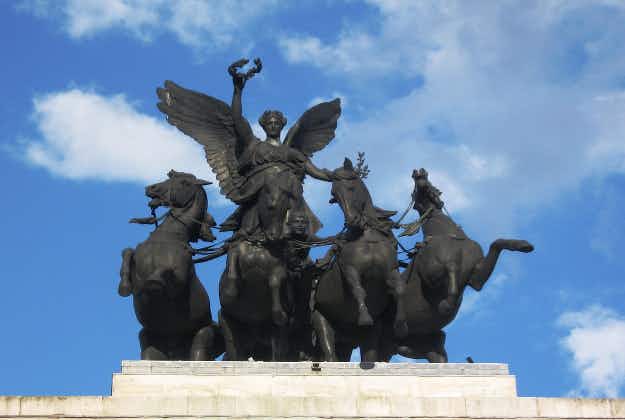 London’s ‘most dramatic sculpture’ - the Quadriga - gets a…