A young surfer rides a wave at the Mentawai Islands in Indonesia. Image by shannonstent/Getty Images

Once riders pay the ‘surf tax’, they are given a wristband that they are required to wear and can stay for 15 days. This law hasn’t come as a surprise – the latest version has been a year in the making and previous attempts have been enacted but fallen flat – and the Mentawai surf industry says it will benefit locals.

Despite how popular surfing is here, Mentawai Islands Deputy Regent Rijel Samaloisa told the Jakarta Post last year that tourism and surfing don’t contribute much to the islands’ revenue. ‘We only get the name, garbage and environmental damage,’ he said. Exactly how the law will be executed and how much will flow through to the locals remains to be seen.

A surfer off the coast of the Mentawai Islands. Image by Colm Walsh / CC BY 2.0

‘I think it will definitely be difficult to enforce,’ Sean Murphy, President of Waterways Surf Adventures, told Surfline. ‘How long will it take for people to counterfeit those wristbands? Will it regulate the number of surfers at any spot at any one time? I am not against the idea in principal, but in practice it is very difficult to coordinate, regulate and enforce.’

Last year nearly 7000 surfers visited the Mentawais, an island chain off the west coast of Sumatra, and many rank the Mentawais as the ride of their life. A trip to the islands can set you back a few thousand pounds, so in comparison the tax is just a drop in the ocean if you want to surf some of the best waves in the world. 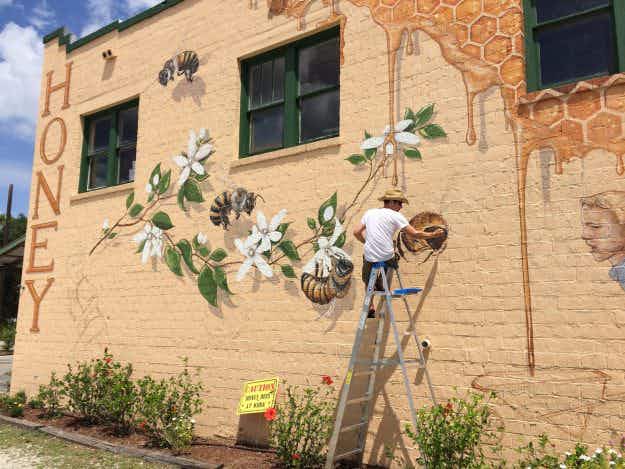 An artist is painting 50,000 honey bees in magnificent murals…