The super moon of the century is set to shine around the world tonight, lighting up skies and thrilling stargazers.

The last super moon of this magnitude was back in 1948 – meaning that for much of the world, this will be the largest moon they’ve ever seen.

The moon rises behind the España building in Madrid, on November 13. Image by GERARD JULIEN/AFP/Getty Images

In fact, it will be some time until a moon like this can be seen again, as the next time the moon’s orbit will bring it so close to the earth will be on 25 November, 2034.

The moon rises over the Statue of Freedom on the Capitol dome in Washington, DC. Image by ANDREW CABALLERO-REYNOLDS/AFP/Getty Images

The moon has an elliptical orbit, and one point in the orbit – the perigee – brings the moon 50,000 kilometres closer to the Earth that the apogee, when it is further away. The super moon, also known as a perigee full moon, appears significantly bigger and brighter than usual.

The moon as seen in the sky over Berlin, November 13, 2016. Image by Omer Messinger/NurPhoto via Getty Images

The effect is heightened by syzygy, which is the term for when the Earth, sun, and moon line up as the moon orbits Earth.

The moon rises behind a sculpture of Don Quixote De La Mancha a day before the super moon on November 13, 2016 in Munera, near Albacete, Spain. Image by Pablo Blazquez Dominguez/Getty Images

According to Nasa: “when perigee-syzygy of the Earth-moon-sun system occurs and the moon is on the opposite side of the Earth from the sun, we get a perigee moon or more commonly, a super moon”.

The moon rises behind the Opera House on November 14, 2016 in Sydney, Australia. Image by James D. Morgan/Getty Images

And while tonight’s super moon is set to be the best of this century, there is another opportunity to catch an incredible super moon on 14 December.

Want to know more about the #supermoon and best times to view it? Our friends @NASAGoddard have you covered! https://t.co/qqd7c8n5Ye pic.twitter.com/bpRuGhsRcW 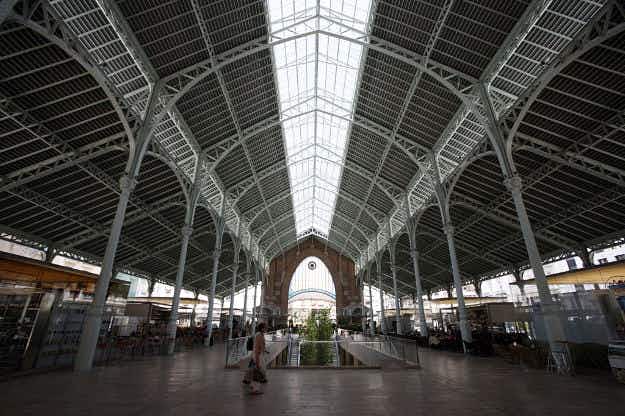 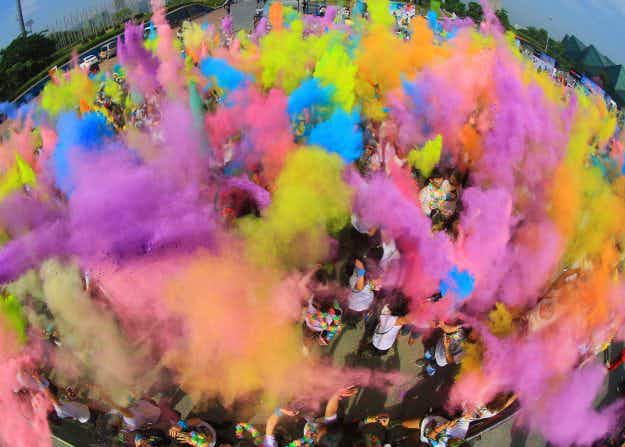 In pictures: a vibrant splash of cheer at the Shenzen…