In six months, the skies will go dark. It sounds dramatic, but for astronomy fans, it’s a good sign: on 21 August 2017, the United States will experience the first total solar eclipse since 1979. The shadow of the moon blocking the sun will begin in Oregon and move southwest to South Carolina. Given this doesn’t happen often for them, every state and destination in the eclipse path is taking advantage of a surge of interest in the activity to plan events. Here are some of the best that still have seats available (yes, tours are selling out already).

Seattle-based provider Evergreen Escapes offers tours from Portland year round, and this year they’re planning a special version of their famous Willamette Valley wine tastings – start the morning at the Oregon Museum of Science & Industry eclipse party, and enjoy wine tasting in the afternoon. $184 per person.

If one day of eclipse activities isn’t enough for you, Sky & Telescope has worked with Insight Cruises to create a multi-day itinerary. With stops in Huntsville, Alabama (“Rocket City”) and Nashville, Tennessee, there will be no shortage of space-related activities in advance of watching the eclipse at its ‘greatest’ point. $2999 per person.

Full moon passing in front of the Sun creating a total eclipse. Image by Getty Images

Destinations which aren’t in the path of the eclipse are arranging tours to help people get there, including a five-day tour organized by the Milwaukee Public Museum. On the itinerary include stops at Native American burial mounds, science museums, and more. $975 per person.

Illinois - Total Eclipse of the Heartland, Girl Scouts of America

Only scouts aged 11-18 are allowed to register for this event but it’s worth mentioning because a.) someone at the Girl Scouts loves Bonnie Tyler, and b.) probably none of the girls on this trip are old enough to know of this song. The itinerary includes the eclipse as well as other STEM activities in nearby St. Louis. $175 per scout.

Outside these events, there are loads of day-of activities planned in every city, town, and park within the path of the eclipse. If you happen to find yourself suddenly in shadow come late August, look up – it’s a rare (almost once-in-a-lifetime) sight. 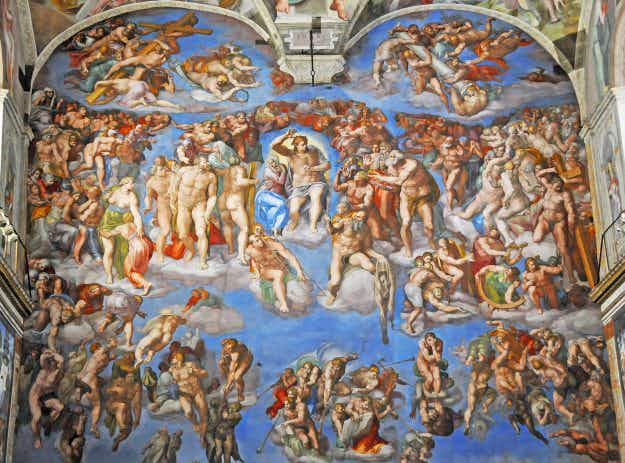 Rome's Sistine Chapel has been photographed in groundbreaking new detail…

NASA is developing 'quiet' supersonic passenger planes that could be…