The reason airport queues are longer in the summer, and it's not what you think

If you have ever wondered why airport queues get so much worse during the summer … the answer might not be as obvious as you think.

An MIT professor (known as Dr Queue) believes that the unfamiliarity of infrequent fliers with airport check-in and security processes may be just as big a factor as increased numbers of passengers. Prof Dick Larson explained to Lonely Planet that it was not just extra arrivals that affected a queue, but equally how long it took to deal with each person.

He said: “Summer air travellers include a higher proportion of infrequent travellers, for instance families on vacation, not the frequent business travellers who are accustomed to going through security perhaps a few times each month. The frequent travellers know how to optimise (minimise) their time once they get to the head of the queue, taking off shoes, removing all metal, removing jackets, taking out computers, making sure there is no liquid over three ounces etc.”

According to Prof Larson’s hypothesis, this process is much more likely to get derailed by summer travellers simply due to their lack of experience in airports. They may leave metal on their bodies, shoes on their feet, a pen in their pocket, and even a slight delay can have a major knock-on effect. “For queue delays, this has the same effect as an increase in customer volumes,” he said.

Prof Larson said large groups could also cause major variability, so if a passenger arrives just after say a baseball team of 25 people, they will of course be slowed down. Similarly, a family of six having difficulty getting carry-on luggage thru X-ray and themselves thru body scanners could end up taking as much time as 20 frequent fliers. He said: “I suggest that [airport authorities] study these matters and adjust their staffing levels accordingly, especially being able to predict mean and variance of service times by the fraction of fliers who are infrequent flyers. I know the airlines themselves – at their own expense – are working the long lines, educating the in-queue infrequent flyers on what to do when they get to the head of the line. This should help immensely.”

Warsaw's city festival brings the streets alive with a musical… 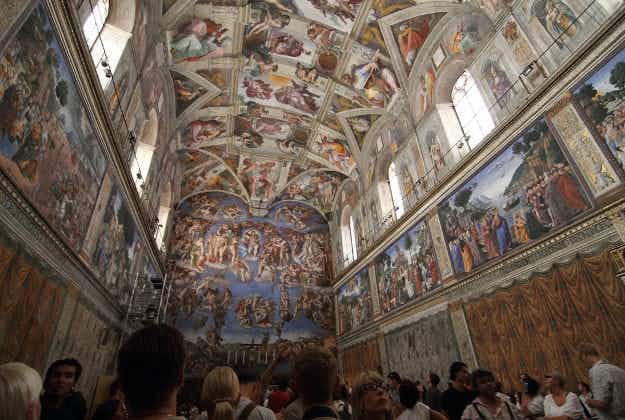 Replica of the Sistine Chapel draws huge interest in Mexico…