Forget obnoxious ads at subway stations; the cleverly designed Wehrhahn Line in Dusseldorf has been delighting locals and tourists alike with its modern design and attention to detail. Opened earlier this year, the project features a striking collaboration between architects, artists and designers throughout, with each station having been carefully planned and furnished with a unique look.

Graf Adolf Platz station features hundreds of panels of luminous green glass to create an immersive chromatic environment interrupted only by a powerful flow of lines that accompany the passenger from the street, through the concourse and down to the platform.
For Kirchplatz Station, Enne Haehnle wrote poetic texts and then gave them sculptural life. The lines of text leading passengers down into the subway begin at the three entrances, lead down into the station, intersect there and then accompany the passengers to the tracks.

The U-Bahn tunnel and the six stations, considered to be the most sophisticated recent urban development project in the city, follows 15 years of construction and planning, with the architecture and design having been heralded as the highlight of the plans. Participating artists contributed to the decisions as equal partners throughout the process, paying close attention to spaciousness, sight lines between platform and concourse levels, ease of orientation and the inclusion and use of natural light as much as possible, deep within the underground stations.

Heinrich Heine Allee features three entrances as visual and acoustic venues for the performance of changing sound compositions. Each of the three model spaces boasts a high-quality sound system, enabling the most wide-ranging acoustic interventions possible.

Stations such as Heinrich-Heine-Allee are designed as three locations with changing tones and sounds, while designer Ursula Damm developed a multi-part interactive installation for the Schadowstraße station. Graf-Adolf-Platz features colour spaces with hundreds of luminous green glass panels, broken up by a flow of lines, while Kirchplatz station sees a series of poetic texts installed as sculptures around the area. Another of the stations features a series of white bands running over the walls, ceilings and floors to draw attention to the geometry of the architecture.

The project was implemented by the office of Netzwerkarchitekten along with artist Heike Klussmann, and saw designers from all over Europe entering proposals into a competition. The aim of the design was for the stations to act as a continuous journey connected to the city above, with each station also maintaining its own identity. Before having even been completed, the €843.6 million Wehrhahn line had won three major design awards. Since opening in February, the architecture and artwork have proven to be a major hit with tourists to Dusseldorf passing through the rail system. 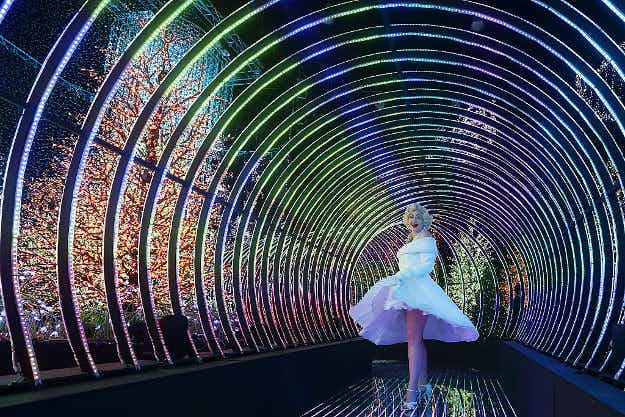 Universal Studios Singapore has set a world record for largest… 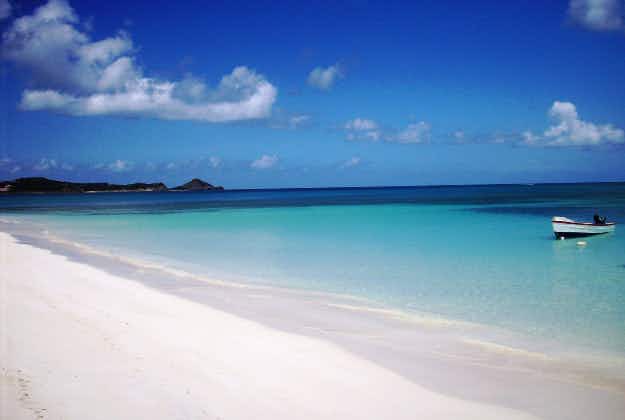 As if there aren't enough reasons to go to Antigua…