Disney's Star Wars Land is going to be fully interactive

A new video and blog have been released that reveals exciting new details about the new galactic Star Wars Land attractions planned for Disneyland in California and Walt Disney World in Florida. They are due to open in 2019, and promise full-size AT-AT Walkers and the opportunity to fly the Millennium Falcon on a mission.

The creative team behind the Star Wars Land project say that the 14-acre attractions will be so authentic, they will allow visitors to totally immerse themselves in the experience. They will be able to interact with characters, and will really feel that they are visiting Star Wars. According to executive creative director, Chris Beatty, this is the most ambitious project in the history of Walt Disney Imagineering. It’s the largest ever single-themed land expansion at Disneyland, and is possible because the Mouse House purchased the franchise rights from creator George Lucas in 2012 for $4 billion.

The story will be set in a mysterious destination somewhere on the Outer Rim — lying on the edge of the Unknown Regions. The premise is that the remote village was once a busy crossroads along the old sub-lightspeed trade routes, but the prominence of the outpost has been bypassed with the rise of hyperspace travel. Now home to those who prefer less attention, it has become a thriving port for smugglers, rogue traders and adventurers travelling between the frontier and uncharted space.

It’s also a convenient safe-haven for others intent on avoiding the expanding reach of the First Order. Unusual characters from across the galaxy have landed here, preferring the “no questions asked” environment as well as easy access to exotic supplies and an abundant supply of ready rogues looking to join a crew for their next adventure.

We're excited already, so here’s hoping it won’t take light years for the attractions to be fully unveiled. 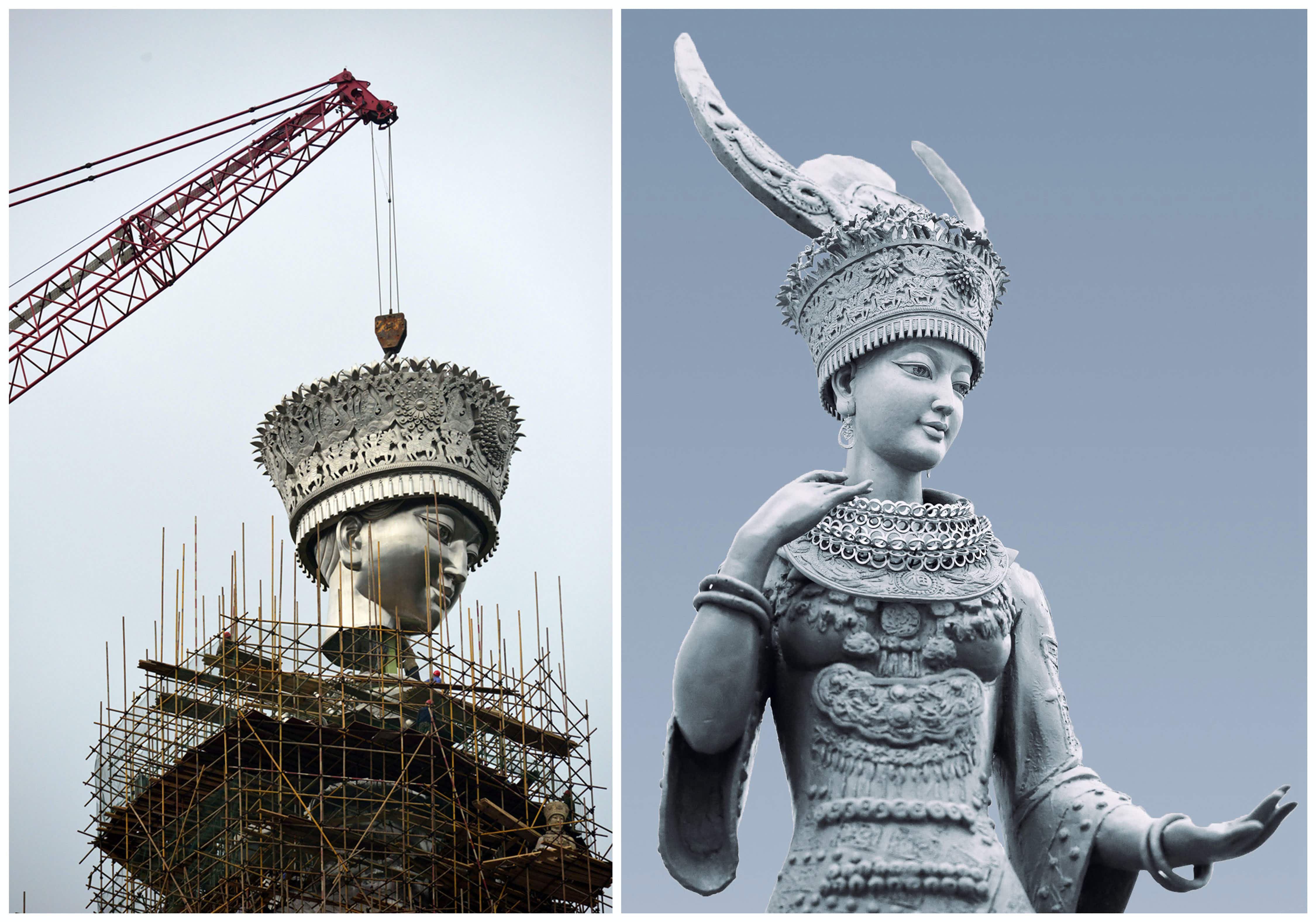 See incredible pictures of a giant statue of the Goddess…

The Hôtel Ritz in Paris is now selling its luxury…