In a galaxy not so far far away, look out for costumed Star Wars characters in the most unlikely of places this May 4th, otherwise known as Star Wars Day. Created thanks to a play on words with the Star Wars line “may the force be with you”, the worldwide celebration of George Lucas’ franchise means killer deals on toys, collectibles and movies, plus lots of quirky events. Read on for Star Wars themed bike rides, Star Wars burlesque, and to find out where the skies will be lit up by giant lightsabers…

Stormtroopers pose on the Millennium Bridge London. Image by Getty

There’s no better place to show off your homemade, meticulously knitted Chewbacca outfit than at the LEGO Store in Shanghai Disneytown this May 4th. Organisers are hoping the store will erupt into a frenzy of Darth Maul make up, bulbous Jabba the Hutt outfits and Jedi capes to celebrate the 40th anniversary of Star Wars. The person with the most likes on social media for their costume will go home with an exclusive, newly launched, LEGO Star Wars set.

More than 200 props, models, costumes and artwork from the original Star Wars films is on show at the city’s O2 event space this May 4th. Movie fans can learn about the make up of the characters, through genetics, neuro-psychology, health sciences, and psychology, and then discover their own 'Star Wars' identity. Each guest will get a headset, which will play scenes from the first six movies as you learn more about the characters. The exhibition runs until 3 September.

Attendees at the NY Philharmonic are encouraged to dress up as characters from the franchise. Image by Getty

Celebrating May 4th at the Lincoln Center, the New York Philharmonic’s brass section will play the rousing Star Wars score. They encourage you to dress up in your best Yoda, Princess Leia and R2-D2 outfits, the first 20 people in costume will get free merchandise. You can also join the raffle for a chance to win free tickets to the upcoming Star Wars Film Concert Series (beginning in mid-September) – the special show will see composer John Williams' musical scores performed live by an orchestra as the Star Wars films are screened.

Those in search of a Star Wars investment should head to Ginza Tanaka jewellers this May 4th, where they’ve created an exact replica of Darth Vader’s mask in 24 karat gold. Weighing 15kgs, it will go up for sale for a hefty 154 million yen (£1.1 million). More affordable commemorative gold coins will also go on sale the same day, starting at £980 (140,000 yen) a pop.

An app-enabled BB-8 toy from the droid character shown at a Las Vegas convention. Image by Getty

Sin City’s House of Blues Restaurant & Bar welcomes May 4th with an Empire Vs. The Rebel Alliance Party with two DJs and Star Wars-inspired dishes including Wampa Ribs, Jar Jar Links, Greedo Mojitos and Bantha Milk starting at $5 (£3.80). Guests in Star Wars fancy dress will get 10% off. Meanwhile, the city’s National Atomic Testing Museum will launch its May the Science Be With You exhibition on May 4th, featuring Jedi training and a talk by the inventor of the Death Star and other spacecrafts from the movies.

Marvel at the biggest lightsabers you’ve ever seen – Singapore

A three-day Star Wars celebration will take place at Singapore’s Gardens By The Bay between May 4th and 6th. Expect to see quite the spectacle as the famous 50-metre Supertrees illuminate the night sky with lightsaber beams to a Star Wars soundtrack. There will be further nods to the epic movie franchise around the 250-acre gardens, including an AT-ST Walker guarding Supertree Grove, outdoor movie screenings of Star Wars: The Force Awakens and a Star Wars-themed fun run.

Sadly Yoda will not be in attendance at the burlesque show. Image by Getty.

Organisers at Rio Theatre say it will be a “variety show that takes place in Jabba the Hutt's Palace”. On the bill is Darth Vader doing stand up comedy, Star Wars-inspired songs and The Empire Strips Back burlesque, only without the stripping. “Consider this an extra long tease,” say the organisers.

A reveler dressed in a Star Wars costume during a parade at the Retiro Park in Madrid, Spain. Image by Getty

Touring the various Star Wars themed events in the Texas city, the Boozaroos Star Wars Bike Ride will be an eight-mile lightsaber-lit, costumed parade starting at Groove Lounge and hitting up the local breweries with Star Wars-themed beers. Drink while competing in a Star Wars trivia challenge, then finish up at a Star Wars club night.

Western Sydney University offers an academic take on the most iconic Sci-Fi movies of all time. Folks will gather for presentations about Star Wars and innovation, a discussion on hyper-real religions in science fiction, including Jediism and there will be plenty of costumes, a quiz with prizes to be won. Plus, there’s a 25kg Death Star cake designed by Stephanie Rooke is up for auction, a Jedi training academy and a stormtrooper shooting gallery.

Star Wars street art on a wall in Shoreditch, London. Image by Getty

The best kids’ event on our list takes place at Mall of the Emirates’ Toy Store, where LEGO-certified professionals from Bright Bricks will be assisting children to build a giant Star Wars Lego collage. Young people can also learn how to construct their very own X-Wing spaceship for free. 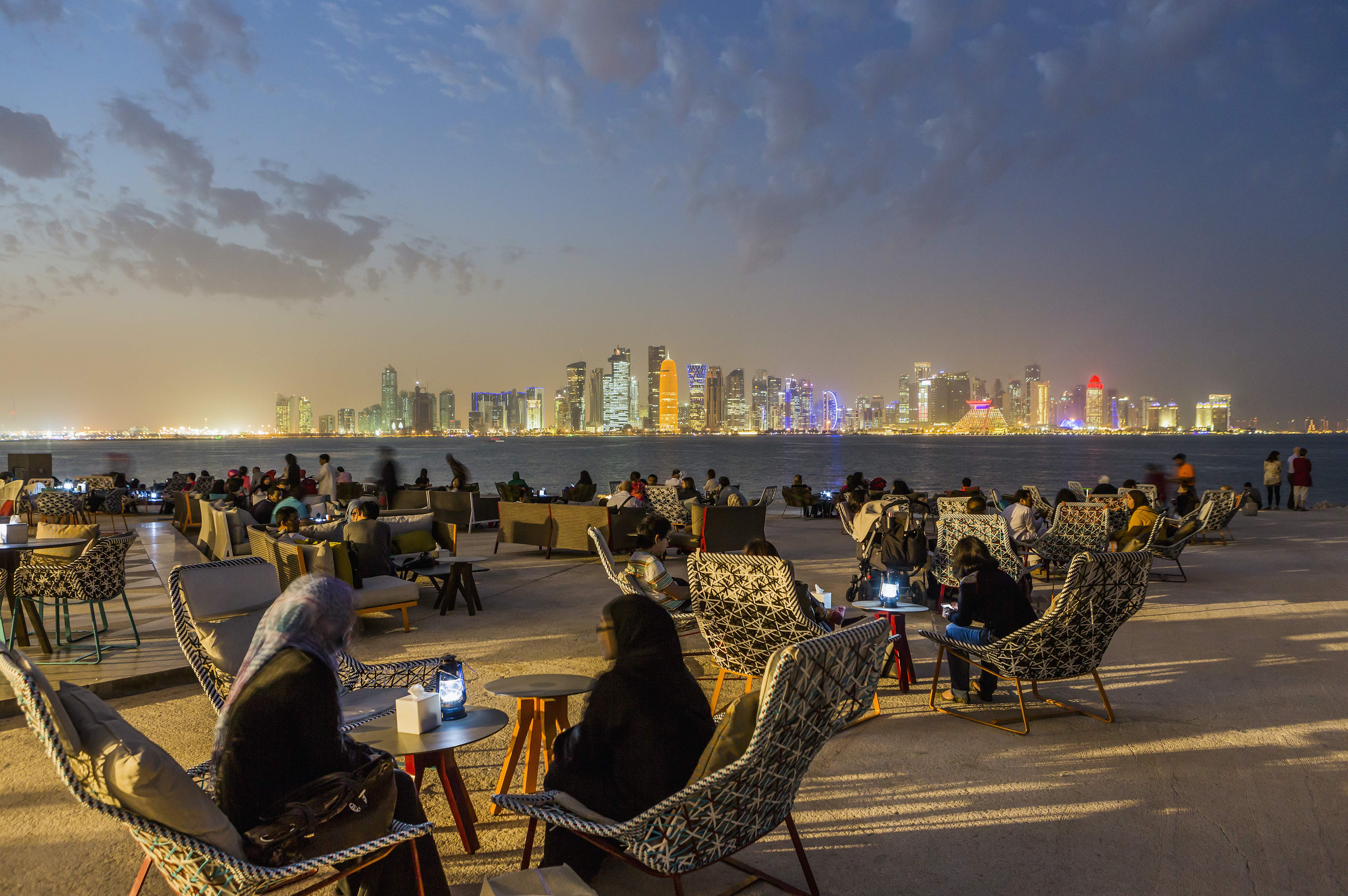 Looking for a luxury layover? Qatar Airways will give you… 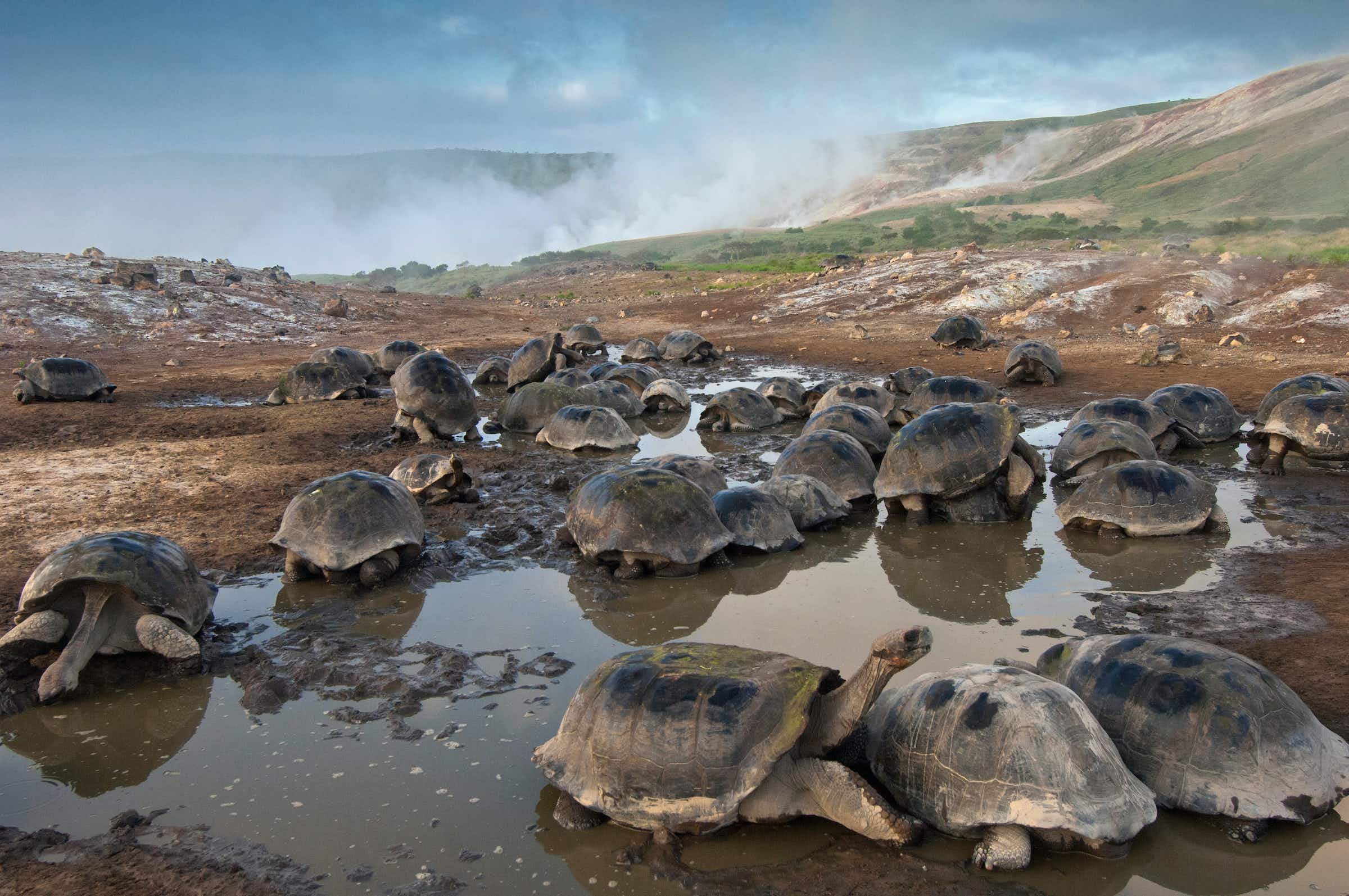 Take a peek at the secret lives of giant tortoises…