The mayor of Bologna cuts ties with spaghetti bolognese

The mayor of Bologna has seemingly had enough with people associating spaghetti bolognese with the Italian city. He's launched an awareness campaign on social media to prove once and for all that the dish does not originate in Bologna and, while he's at it, he's collecting images of knock-off spaghetti bolognese dishes from around the world to prove his point.

The mayor of Bologna wants people to know that spaghetti bolognese does not come from Bologna. Image by Getty

Spaghetti bolognese is a much-loved dish in many parts of the world but in Italy, you won't find it in many places outside of restaurants that cater to tourists. Many Italians deride the dish and claim the original recipe has long been corrupted by foreigners. The dish most of us non-Italians identify as spaghetti bolognese doesn't have any ties with Bologna, Emilia-Romagna's vibrant capital.

Bologna's mayor Virginio Merola, has launched a social media campaign to highlight this fact. He's poked fun at foreign restaurants that "shamelessly" serve spaghetti bolognese. Taking to Twitter earlier this week he wrote: “Dear residents, I am collecting photos of spaghetti Bolognese from around the world (speaking of fake news). This one is from London, please send me yours."

The photo he shared was a photo of a restaurant noticeboard in London advertising spaghetti bolognese as the "speciality of house". According to the Telegraph, people replied with their own images including "Knorr 'spaghetti Bolognese' sauce spice mix from Austria, a sad, plastic confection of overcooked pasta from Utrecht, a jar of Heinz sauce from Ocado in Britain and a blackboard offering “Bolonske Spagety” in Moravia."

Mr Merola said he's collecting all the photos sent to him to create an exhibition at FICO Eataly World, an agri-food theme park in Bologna that showcases Italian gastronomy. While he said he's pleased that spaghetti bolognese has raised awareness of Bologna, he'd rather the city was known for its authentic culinary traditions.

The more traditional ragù alla bolognese originates in Bologna, and is pretty different from the spaghetti bolognese dish we've become familiar with since childhood. The thicker tagliatelle pasta is used and it includes onion, celery, carrot and cured pork cooked in fat. Traditionally there are no garlic and herbs and the meat is beef (but sometimes pork or chicken liver can be substituted). White or red wine is added and the dish is finished with a dash of milk. 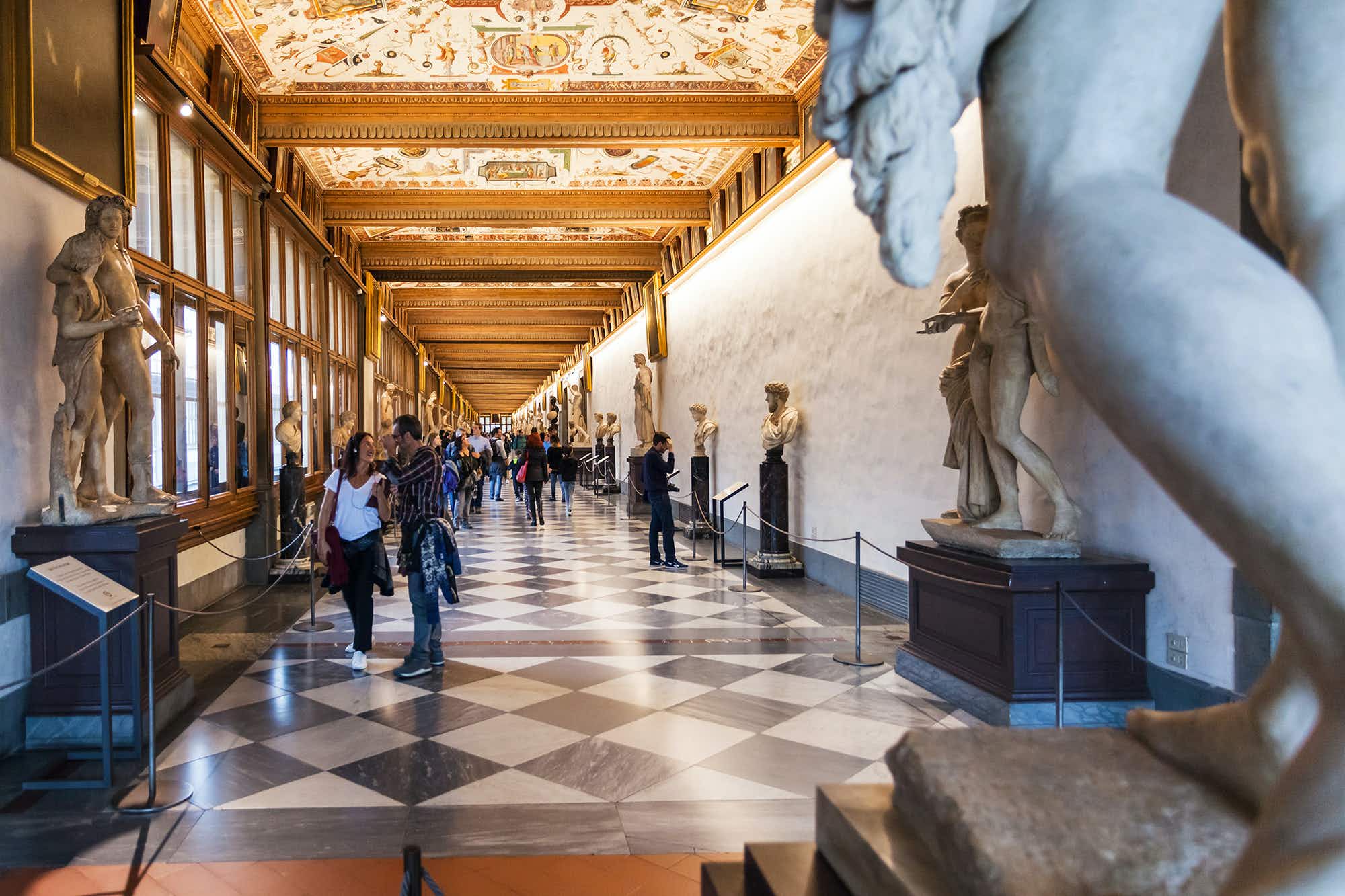 Florence’s mysterious Vasari Corridor is set to reopen to visitors…

Glastonbury is banning plastic bottles for festival goers this year…