Why we should now be smiling in our passport photo

A lot of people say they hate their passport photo – something that stem in part from the sombre expression travellers have to adopt in their pics. But new research suggests that it might actually be better we smiled in those photographs.

Research from the University of York’s Department of Psychology sought to find out whether a photo of someone smiling was more easily matched to another image of the same person, as well as more easily distinguished from someone with a similar appearance. It turns out people were better able to match unfamiliar faces when the person in the photos showed off an open-mouthed smile.

Since much of our photo ID cards use non-smiling images, researchers notes that our neutral faces could create issues for authorities when looking into identity fraud. The team – ran by Dr Mila Mileva – conducted three studies in total to find out how difficult it was. In one set, 40 people were asked to match 60 neutral faces – like passport photos – with an open-mouth smiling face and with a closed-mouth smiling face. Another test asked 34 people to match images where they could only see the bottom half of the face. Overall, matching two pictures of the same person was higher for smiles, with a 9% improvement for smiling pictures when comparing two pictures of the same person, and a 7% improvement when comparing two different but similar-looking people.

You could be smiling for a passport photo someday. Image by AZarubaika/Getty Images

“Our research suggests that replacing the neutral expression we usually use when taking identification photographs with an open mouth smile, can make face matching an easier decision. As soon as there’s a mismatch in emotional expression – comparing a smiling and a neutral image for example – the matching accuracy drops substantially,” said Dr Mileva in a statement.

So while the report suggests that showing off a toothy grin in your photos could help with identification, that doesn’t mean that your next passport will feature the glamour shot you’ve always wanted. According to the researchers: “a more practical solution could be to embed a smiling picture in the chip, so that passport officials have access to both a neutral image and a smiling image to assist them in their decision-making”. 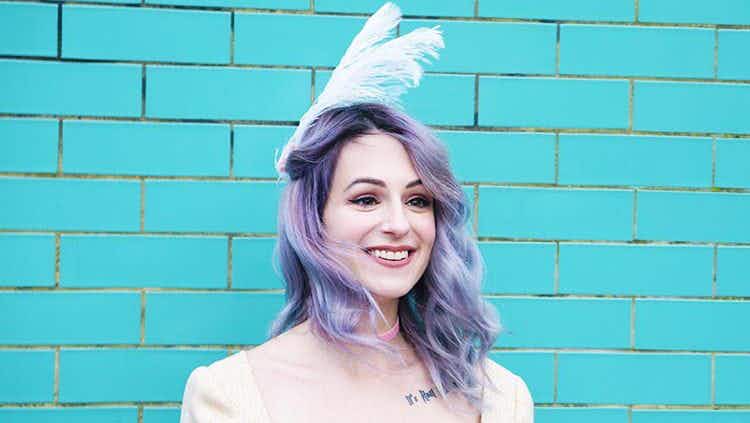 Dress in 18th century clothes and journey through London on…

Ruins of the world, reimagined and reconstructed