Plane Insider: Has the airplane toilet really got smaller, or is it just you?

No, you’re not imagining things. Airline lavatories really are getting smaller, and it’s all thanks to an overall trend of “densification”: squeezing more people into the same size of plane.

Caught short on the plane? Image by Glowimages/Getty Images

Part of that push is to make the potties more petite. The good news is mainly for airlines: they can squeeze another row of seats into the plane. They’d love you to believe them that extra seats mean lower fares for passengers, too, but I’m not sure I can suspend my disbelief quite that far.

Loos really are getting smaller. Image by Bombadier

Airbus’ version for the A320 family of jets is called Space­Flex, and moves the two lavs behind the last row of seats to the back wall of the plane, called a bulkhead. In older jets the entire bulkhead was space for the galley kitchen, which is now half the size they used to be and — how shall I put this — now butts right up against the loo. I guess it’s a good job that airlines have largely stopped cooking food on board. One benefit of the Space­Flex system is that the two mini-­loos can be combined into one larger space that is suitable for people with reduced mobility. This might be a wheelchair user, someone with physical disabilities, a senior citizen — or just someone taller or wider than average. These “PRM­capable” combo­loos have been flying on larger aircraft for years now, and it’s good to see them on smaller jets too. If you or someone you know needs to use the PRM facilities, then just ask the crew to convert the door. If you’re queueing for the loos, though, do check whether there is a second one semi­-hidden behind the fold-­down crew jump-seat.

They weren't that big before. Image by Stuart Dee/Getty Images

Oftentimes, passengers will miss the second door since there’s a seat attached to the outside! On Boeing 737 aircraft, the Rockwell Collins 737 Advanced Lavatory moves the sink and plumbing into the space you previously had to turn around and wash your hands. Those few inches mean that the last row of the plane gets to recline, and an extra row can be squeezed in at very tight seat pitch row spacing. “The clean sheet design is a full­-sized lavatory and requires no modification to the interior of the aircraft. It is ergonomically engineered to provide the passenger with a greater sense of spaciousness and to improve customer wellness and satisfaction,” says Rockwell’s marketing bumf, but it’s pretty clear for those of us with working eyes that these tiny toilets are harder to manoeuvre in even for able­-bodied people.

Maybe go before you leave? Image by goldhafen/Getty Images

There are other companies offering these little lavatories too —Lufthansa Technik and Diehl Aviation, for example, have an option for airlines when they refit their planes —and all these WCs are smaller than before. But there’s good news too. Bombardier, best known for its CRJ series of small jets that seat 50­-100 people, has redesigned the loos in these regional aircraft to be both larger and to be accessible for people with reduced mobility. It’s part of a new set of improvements called Atmosphère (the accent shows you they’re Canadian!) that also includes bigger bins for your carry-­on. Still, as ever: perhaps best to pop to the loo on the ground before boarding your plane. 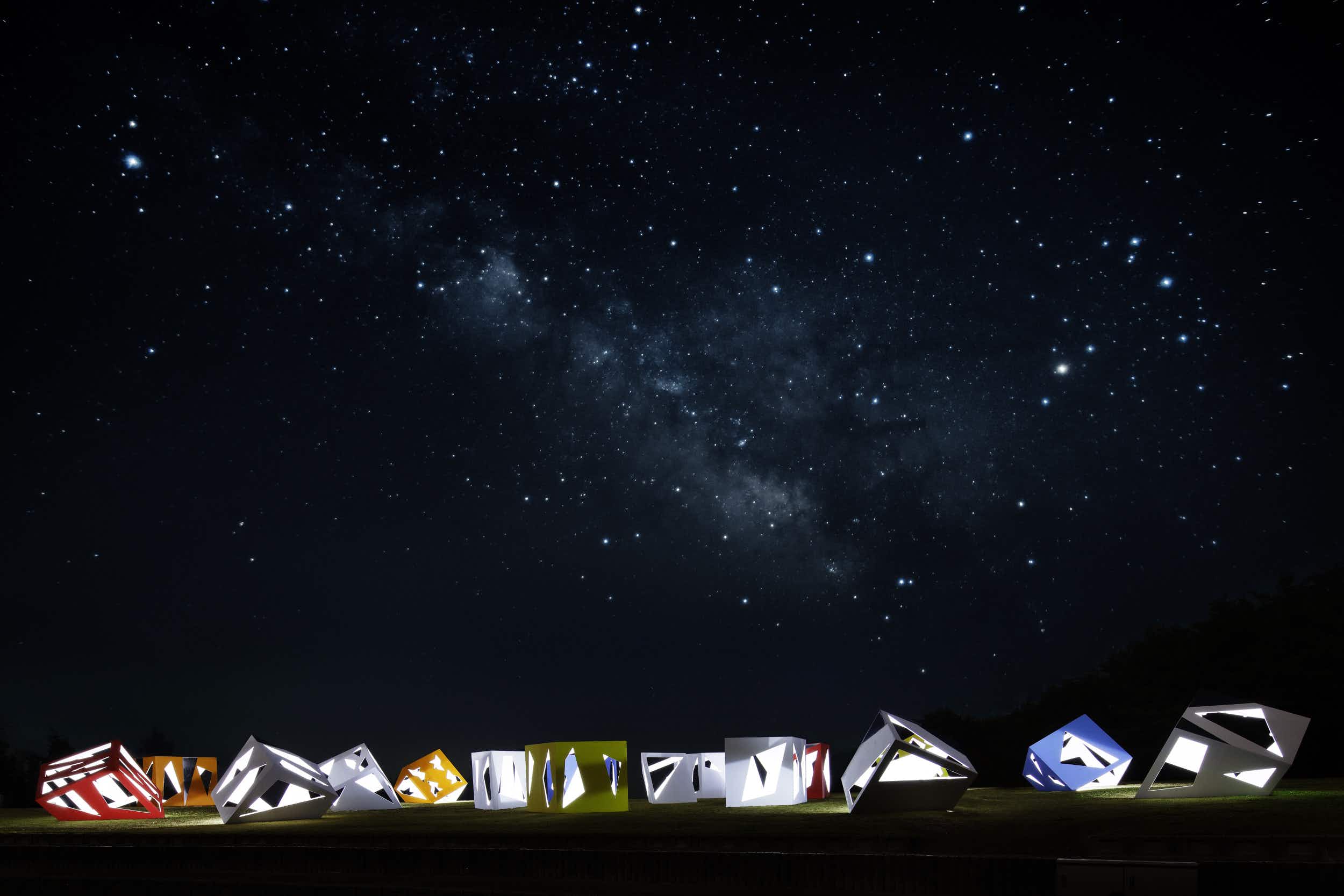 Stargaze from a cluster of colourful tea rooms amidst the… 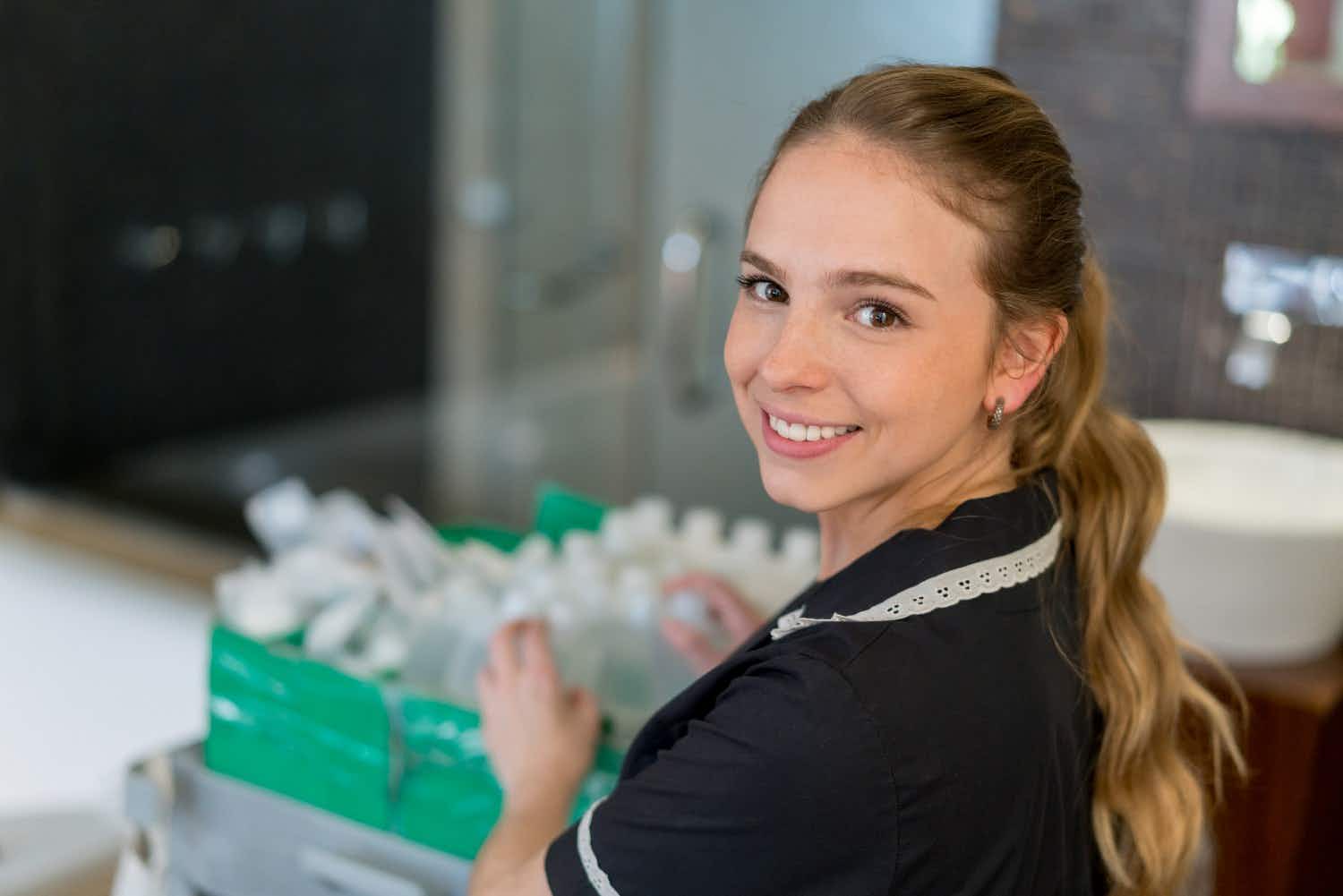 Are hotels about to ditch complimentary miniature toiletry bottles?