For decades, one of Ireland’s most iconic attractions has been a terrifying rope bridge dangling thirty metres above the sea. Now, the famous Carrick-a-Rede rope bridge in Antrim is facing stiff competition from Kerry at the other end of Ireland in the form of a new Skywalk. The newly opened rope bridge is now the country’s longest at 112 feet, a full 46 feet longer than its rival on the Causeway Coast of Northern Ireland.

For those with vertigo however, the new Skywalk in Co Kerry may – despite its extra length – prove a little easier on the nerves. It sits 36 foot above the Delligeenagh River as compared to the 98 foot drop from the Carrick-a-Rede Bridge to the rocks below.

The new rope bridge was built after a section of the sub-tropical Kells Bay Gardens was cut off after a storm damaged the existing concrete bridge.

Billy Alexander, owner of Kells Bay House and Gardens, explained to Lonely Planet: “The inspiration for the rope-bridge derives from the rainforest and jungle plant exploration trips [I made].Though prevalent throughout South-East Asia, this type of bridge is often referred to as a Burmese Rope Bridge. “Whereas all the site preparations, foundations and steel work from which the bridge was suspended was completed using local materials and expertise, the bridge was fabricated and hung by a team of specialists from abroad.”

The results are certainly dramatic and the rope bridge is yet another in the long line of existing reasons to visit the spectacular Ring of Kerry on Ireland’s Wild Atlantic Way. The Skywalk is on the northern coast of the Iveragh Peninsula between the historic towns of Cahirsiveen and Glenbeigh.

It’s also just half an hour drive from the fishing village of Portmagee, from where boats travel to Skellig Michael – the UNESCO world heritage site that was the dramatic location for the closing scenes of Star Wars: the Force Awakens.

Norway's tourism industry set to get a boost from the… 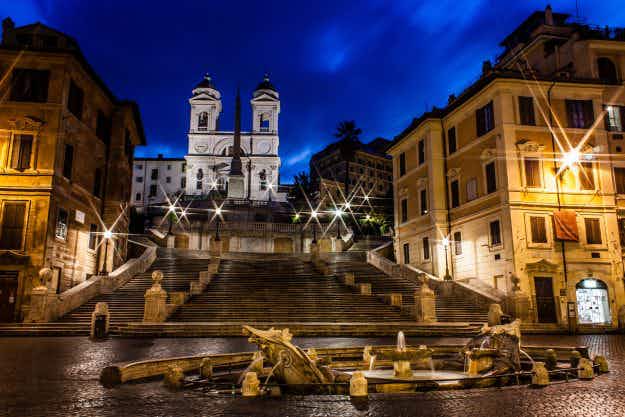 Is Rome’s romance fading in the glare of its new…