Six commercial US airlines approved for flights to Cuba

For the first time in more than 50 years, select commercial US airlines will be able to fly directly to Cuba  from the United States.

Cuba set to welcome more tourists than ever. Image by Guillaume Baviere / CC BY 2.0

The Transportation Department has announced the approval of six carriers: Southwest Airlines, Silver Airways, Frontier Airlines, JetBlue Airways, and Sun Country Airlines. The flights are estimated to begin this fall and will be departing from Philadelphia , Minneapolis/St. Paul , Fort Lauderdale  and Miami .

While charter flights have been permitted to travel to the island nation, this announcement marks the first time that scheduled commercial airlines will be allowed to make the trip since the institution of the economic embargo in 1960. The flights will reach ten destinations in Cuba: Havana,  Santiago de Cuba, Camagüey, Cayo Largo, Cayo Coco, Cienfuegos, Holguín,  Manzanillo, Matanzas, and Santa Clara.

Americans flying to Cuba still must qualify their trip. Image by Gareth Williams / CC BY 2.0

In February, the US and Cuba signed an agreement to reinstate commercial air service, allowing flights to ten Cuban cities including Havana, though only 20 round-trip flights are allowed in and out of the capital per day.

Sunset over Havana. Image by Getty

Interest in the air industry is high, however, and carriers have since requested almost triple that number; the Transportation Department has said that it plans to reach a final decision about which carriers will receive the highly-prized Havana flights later this summer.

The historic announcement follows the gradual thawing of diplomatic relations between the two countries initiated in earnest in the summer of 2015, and followed up with a visit from President Obama in March this year.  While it is now easier to travel between them, Americans flying to Cuba still must qualify their trip under one of the twelve approved travel reasons.

Different cities, different rules: how to be an organised fan… 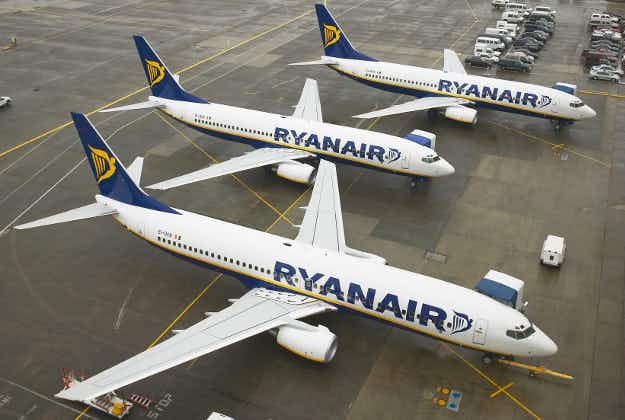 Ryanair Rooms will offer accommodation bookings from high-end hotels to…