Would you fancy going on vacation with a see-through suitcase?

Not everyone would be happy for the world to be able to see inside their suitcase, but if you'd quite fancy it, a new designer transparent suitcase has been launched. The sleek model has been described by its creators as a "brazen, yet playful response to today’s obsessive talk of the privacy culture of surveillance and anonymity."

A new designer suitcase has been launched that is transparent. Image: Rimowa

Marking its 120th anniversary, luxury travel brand Rimowa, which is headquartered in Cologne, has collaborated for the first time with Italian streetwear label Off-White for the release of a one-of-a-kind product, the Rimowa x Off-White Cabin Multiwheel. Founded in Milan in 2013, Off-White is the brainchild of American fashion designer, DJ and Louis Vuitton's menswear artistic director, Virgil Abloh.

Abloh also recently released collaborations with Nike Inc. and Ikea. “This collaboration was an experimentation where we studied travelling and one's emotional connection to their own “personal belongings,” he says.

The collaboration has resulted in a distinctively original transparent polycarbonate carry-on case with accented black handles, wheels and labelling. To give you options, each suitcase comes complete with an additional set of orange wheels. The case will be premiered on 20 June during Off-White’s men fashion show in Paris.

Each case comes complete with an additional set of orange wheels. Image: Rimowa

Due to its transparent design, the case has no interior lining and instead includes a flex-divider system in black and customised bags for more efficient and modest packing. So you don't have to worry about your undies - or indeed your valuables - being on show as you waltz through the airport.

So if you're someone who is happy to let others see what lies beneath, the Rimowa x Off-White Cabin Multiwheel will be available for €850 ($994) from 25 June in various stores or online here. 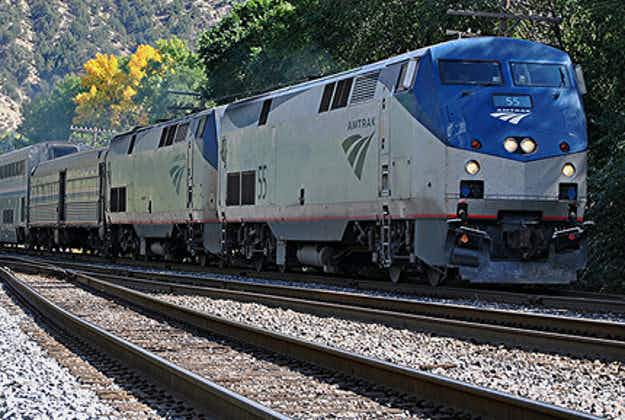 New push to reestablish Amtrak routes along the Gulf Coast…