They are one of the most endearing animals in the world … but how exactly do dolphins behave when humans are not around?

Dolphins off the coast of New Zealand. Image by Tomas Sobek / CC BY 2.0

For the first time, scientists have been able to capture footage of the ocean’s most beloved creature, as they act when in complete isolation. Researchers fitted tiny cameras to the dolphins and captured almost ten hours of footage of the dolphins doing things that had rarely been seen before. They were able to watch how mother dolphins interacted with their calves, them playing in kelp seaweed forests, and their unusual affectionate habit of rubbing flippers.

“There were no wildlife crews, no invasive underwater housings – and the dolphins remained largely unaffected by our cameras,” said Dr Gabriel Machovsky-Capuska from the University of Sydney. They now hope to repeat the dolphin experiment to see what other creatures, including sharks, get up to in their private lives. The cameras were fitted using suction cups to eight wild dusky dolphins using a long pole and Velcro pads. All the footage was captured between December 2015 and January 2016 in the waters around New Zealand.

Image from the Secret Life of Dolphins. Image by University of Sydney

Each of the cameras was loaded with memory boards, high frequency and satellite transmitters, and had a battery that lasted about six hours. Getting the cameras on to the dolphins was not without its problems though. “One challenge of doing this research on small and fast animals like dusky dolphins is that there is limited surface are on the dolphin’s body … so there’s only a small window of time to actually deploy the tag as the dolphins swim past,” said Dr Peter Jones of the University of Sydney.

The research will do more than just satisfy people’s curiosity about what dolphins actually do when underwater. The research team said they would use it for conservation projects and to see what challenges the dolphins face in their habitats. They said it would be particularly useful in places where there was a lot of human activity like shipping or tourism to see if it was having an impact on the dolphins.

A restaurant on the remote Faroe Islands has been awarded… 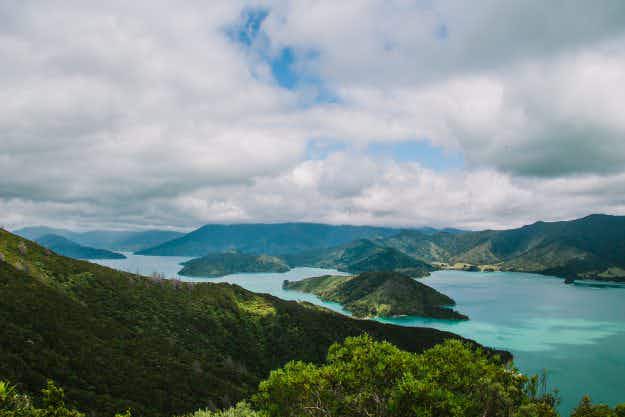