Biologists have proposed a massive network of wildlife cameras to monitor the status of bears, caribou, cougars, moose and other animals in North America.

The cameras would be remote, motion-triggered 'camera traps' that can observe animals in a economical, non-invasive way.

Jesse Whittington, a Parks Canada biologist and co-author of a paper promoting the idea, noted that the network would 'enable us to not only monitor changes in global biodiversity, but also understand why.' The paper estimates that there are already tens of thousands of remote cameras in use around the world. The trick is to connect the data via a large network.

The network would resemble the global array of weather reporting stations, which are valuable in weather reporting and climate monitoring. 'By pooling data across large areas, it gives you much more power to see how wildlife populations are changing, how their distributions are shifting and a better understanding of why they’re changing,' Mr. Whittington said. Such a large database would need help going through all the images. Mr. Whittington says the project could utilise 'citizen scientists' to help comb through the data.

Remote cameras have become an important tool in monitoring wildlife patterns and behavior around the world. In 2011, biologists in Banff National Park installed about 100 remote cameras in 10-by-10km grids. The resulting images allowed park officials to catalogue and monitor an array of wildlife and make some interesting discoveries. The cameras, for example, discovered that wolverines were abundant in the park – although they preferred to avoid people.

Biologists also discovered where cougars like to hang out, what kind of family structures grizzly bears live in, and pack sizes of wolves.

Remote cameras have also been used in places where people are best to avoid, such as those that monitor wildlife behavior in Chernobyl or deep underwater. In 2010, the BBC announced that remote camera traps had discovered a 'lost' population of tigers high in the Himalayan foothills of Bhutan. 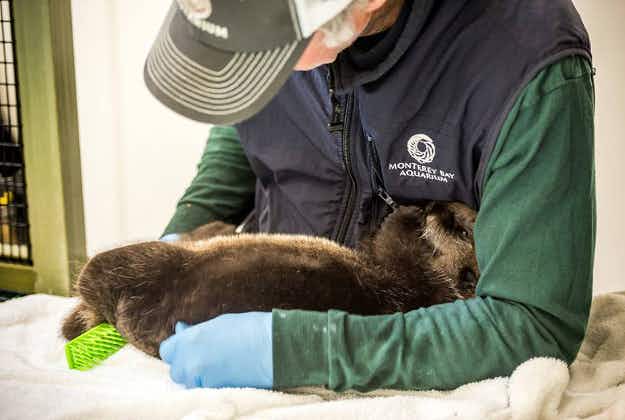