It belongs to a member of the Titanosaur species that roamed the earth in the Gobi desert, the Guardian reports. And Tecake.in claims that the footprint is nearly the size of a human, measuring 42 inches (106 cm) long and over 30 inches (77 cm) wide. The huge fossil was unearthed by a group of archaeologists who were exploring the area. This is not the first time that footprints have been found across the desert. However, the new discovery from last month was located in a geological layer. Following further research, the team of experts was able to identify it as dating back an estimated 70-90 million years old.

A statement from Okayama University of Science described the find as a “very rare discovery.” It added that the scale of the footprint and the fact that it was so well preserved contributed to its value. It is understood that the cast of the footprint may have been formed as the huge creature, about 30 metres in length and 20 metres in height, stomped on muddy ground, allowing sand to flow in, making an indelible impression. A palaeontology professor at the university, Shinobu Ishigaki, told the Japan Times that the team is still undertaking searches in the hope of locating the dinosaur’s remains. Despite their gigantic size, the Titanosaur species only ate plants. Offspring were only the same size as human babies at birth but grew very quickly. Their weight increased almost tenfold to 40 kilos within a matter of weeks and only finished growing at about 20 years of age. They are the longest-neck dinosaurs ever to have lived on earth.

Hotels in Canada experience the 'Kate Middleton bounce' after recent… 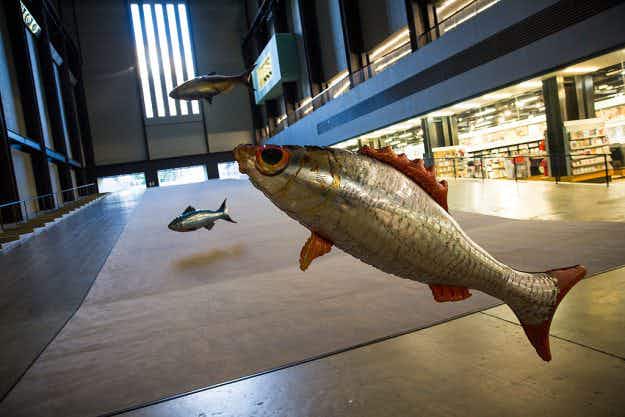 See the Tate's Turbine Hall comes to life with a…