Satnavs and mapping software have made life an awful lot easier for travellers but they may also be having another less obvious effect. New research has proven what we probably all suspected – that when we use a computer to tell us where to go, our brain does not respond in the same way.

A study of 24 people given the task of finding their way around the labyrinth of London’s streets showed how using satnav effectively “switches” part of your brain off. The volunteers were all exploring the famous Soho district of the UK capital, some navigating manually and some getting electronic assistance.

When people tried to find their way manually, parts of their brain – namely the hippocampus and prefrontal cortex, places where we plan and make decisions – had big spikes in activity. The more possible streets or routes there were to take, the more brain activity there was.

My 3rd annual London to Maastricht Instagram satnav moment leaving London on my way to catch up with all the works of art already delivered to our stand at TEFAF in Maastricht. #tefaf2017 #tefaf30🎉🍾 #satnav

Dr Hugo Spiers of UCL explained: “Entering a junction such as Seven Dials in London, where seven streets meet, would enhance activity in the hippocampus, whereas a dead-end would drive down its activity. If you are having a hard time navigating the mass of streets in a city, you are likely putting high demands on your hippocampus and prefrontal cortex.”

Previous research by the university has shown how parts of the brains of London taxi drivers actually expanded as they learn what’s called ‘the Knowledge’ (the mental map of the city’s streets and landmarks that is a prerequisite for driving a black cab there).

Different cities also have considerably different impacts on our brains depending on how they are laid out. That makes European cities like London, Lisbon, and Dublin particularly tough because routes can be so random, with streets often based on medieval or older layouts.

By contrast, newer cities like New York and Washington DC with their simpler grid systems are far less taxing on the parts of our brain that help us find our way around. 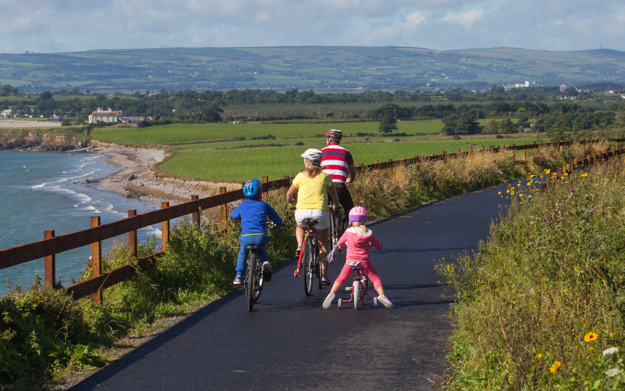