Samsonite has unveiled new beacons that can be fitted to luggage so owners can track suitcases and help end the woes of using their luggage. The suitcase maker has created what it’s calling Track&Go, Bluetooth beacons inserted into cases that can be privately tracked by the owner from their smartphone. The firm says it aims to have the first suitcases that come with the beacons built in on sale by the end of the year, before being extended to other travel bags in 2017.

The software being used in the beacons has been developed in part by Google, with the tracking aspect of the service being added to Samsonite’s existing smartphone app, Travlr, which is a travel planning app. It will now contain a section on tracking baggage.

Samsonite says the beacons will be visible to connected smartphones within a distance of 70 metres, and will give the user notifications should they move closer or further away. Should a case go missing, it can be flagged as lost from within the app and via crowd-sourcing data from other Travlr app users, should they pass within the 70 metre distance of any case flagged as lost. Its location data as well as the time it was logged is sent to the owner. Samsonite added that they hoped to partner with both airlines and baggage handling companies in order to further the power of the technology.

“The larger the community, the higher the chances of retrieving a lost suitcase, making it necessary to further expand the Travlr by Samsonite app user community,” the company said. Samsonite said they hoped to add fixed beacons within airports and other travel hubs could help find more lost luggage. According to the suitcase maker, more than 24 million pieces of baggage were lost in 2014, and while 85% were returned within 48 hours, 5.5% were lost forever.

Did you know? There are 6 ways travel can improve… 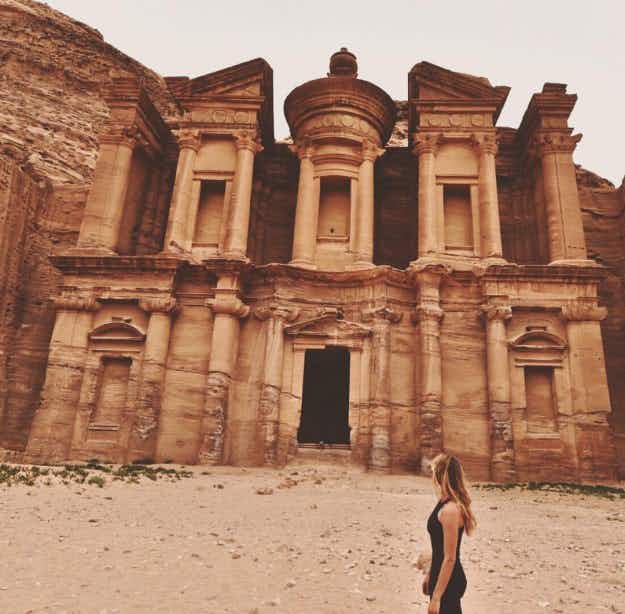 Meet the woman on a quest to set a world…