Fascinating photos have been shared of what is believed to be the ruins of the first ever theatre to have been built in Times Square.

The images of the remnants of the old theatre and orchestra pit in New York were captured by American photographer and director of the Arts Integrity Initiative, Howard Sherman. Mr Sherman has shared the images of the ruins of what is believed to be Hammerstein’s Olympia Theatre, one of the first theatres of its kind in what is now one of the most popular tourist locations in the world.

The foundations were recently discovered by construction workers from Richter and Ratner, who are currently working at the site on the corner of west 44th street and Broadway in Manhattan, just yards from the globally famous Broadway theatre district. The building was previously home to a Toys R’ Us store, which first opened it’s doors in 1999. It went on to become one of the most popular retail stores in the world due it’s 65-foot fully-functioning Ferris wheel in the shop.

Before that, it was a cinema, and prior to that, as is now apparent, it was a theatre. According to Playbill.com: ‘several theatres have stood on the site, including the very first theatre built in Times Square, the Olympia, which was erected by Oscar Hammerstein I (grandfather of the lyricist) in 1895 (the same year Oscar II was born).

‘The building housed two stages, the Lyric and the Music Hall, plus several other performing spaces, including a roof garden.’ The site is now due to become a headquarters for retail giants GAP and Old Navy, while Curbed New York has heralded the discovery as being a piece of ‘urban archaeology’.

A Gilmore Girls festival will take place in the town… 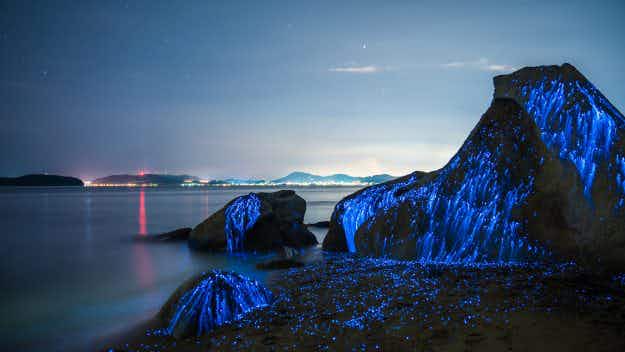