A trip to Rome or a visit to Orlando remain among the most popular travel plans for Americans this summer, according to the leisure travel and motoring organisation AAA.

With a favourable exchange rate due to a low Canadian dollar, cities in that country are set to see a travel boost, with Vancouver ranking fourth on the list and Calgary in ninth place. Other European destinations that made the top ten are Paris and Dublin in fifth and sixth place, and Amsterdam in tenth place. The warm weather locales on the list include Punta Cana, Dominican Republic in seventh place and Montego Bay, Jamaica in eighth place.

For those who are planning travel a bit closer to home, road trips seem to be in the forecast. Looking at domestic travel, 56% of Americans are planning a road trip according to another recent AAA survey, and the organization notes that this year will see the lowest summertime gas prices in 11 years. More than half of US adults cite the low gas prices as a reason for them to hit the road.

"Orlando consistently holds the top spot on AAA's list of most-popular U.S. travel destinations, while southern California has climbed in the rankings," said Bill Sutherland, AAA senior vice president of travel and publishing in a statement. "Several newcomers to the list indicate that Americans are looking forward to venturing out this summer and exploring diverse destinations from coast to coast." 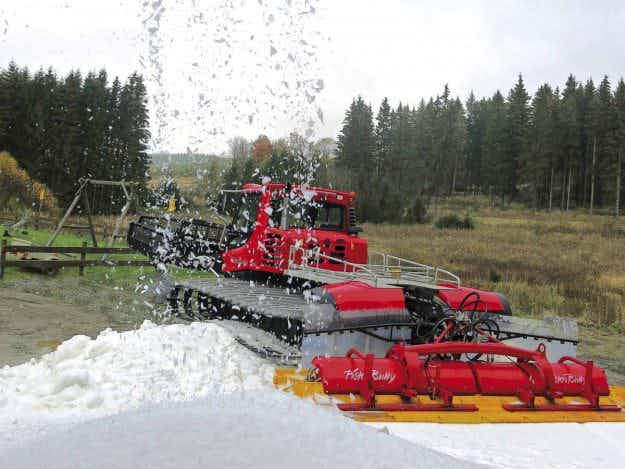 Could this snow-making machine see us skiing into the summer…