Coming to a takeaway near you: robots get ready to deliver food across London

Your curry or pizza could soon be delivered by robot. The service, from company Just Eat, has been tested in London’s Greenwich and is now being rolled out in a wider trial across the city. Planning permission is being sought for another 14 cities across the UK, reports the Daily Mail.

The six-wheeled bots use 3G technology to find their way to customers’ addresses and are largely self-driven. Currently, remote human operators help control the ground drones, but it’s hoped the machines will be 98% autonomous by the end of 2016.

Starship robot will deliver food under the pilot scheme. Image by Getty Images

The robots travel along the pavement at around 4mph and can cross roads using sensors. They will make deliveries to destinations within 30 minutes of a local hub. Food is kept in the trunk and released when a customer enters the correct code. The drones each have nine cameras to record would-be thieves.

Just Eat technology lead Fernando Fanton said: “We’ve always been committed to offering our customers new ways to order and pay for their food and now we’re right at the heart of a new way of delivering food which is exciting for us as it will be for those who find a robot on their doorstep.”

The robots’ manufacturer, Starship Technologies, claims that they have delivered food to more than 400,000 people in trials in London and around the world without incident.Google and Amazon are among companies looking at using airborne drones to make deliveries.

But Bryan Roberts, an analyst at TCC Global, said there were hurdles to overcome for projects using automation. “Unleashing these robots on the street carries an inherent risk, and may even show a naive view of human nature and people's desire to interfere with this type of technology,” he told the BBC. "It's a laudable and adventurous idea, but I also wonder how this could be rolled out at scale when there is already a very low-cost human alternative.” 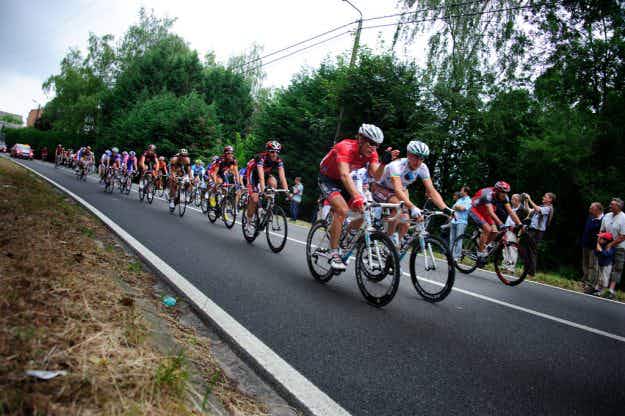 Check out this innovative way to virtually experience the highs…

Wimbledon is serving up these great cappuccinos with famous faces…