French people have been left scratching their heads as several rivers turned fluorescent green this week.

French rivers have been dyed green to highlight the lack of funding being allocated for environmental matters Image by Agents Environnement/Facebook / CC BY 2.0

It wasn’t some sort of belated St Patrick’s Day stunt though. Instead it was the work of environmental staff wanting to raise awareness about the dearth of funding to protect the environment.

More than  dozen rivers across France had the same green dye inserted as "an alarm signal" Image by Twitter Bleu Breizh Izel @Francebleubzh/ CC BY 2.0

More than a dozen rivers across France have all had the same green flow as “an alarm signal”, reports Le Figaro newspaper.

The conservationists wanted to make the point that resources to the sector had plummeted by 10%. This showed that ecology was down the government’s priority list.

A spokesman said they sought to alert people on the need to strengthen and preserve the environment.

The Environmental Inspector at ONEMA, Yannick Pognart, told the Local that currently it was “very à la mode” as they tried to accomplish more missions with less and less means to do so.

The group says the ministers should put a real public service environment in operation.

At present preserving biodiversity largely depended on 20 public sector workers in each department. However a new public service needs a proper workforce and budget, estimated to be over €200 million.

The group said they used a totally harmless colorant called fluorescein to show the patch pollution takes in rivers. They claimed that while the green colour looked very strong visually, it was totally safe. “They fish didn’t even notice,” they claimed.

The dye is often used to trace water flow in smaller doses but it was not toxic in any way to marine life, they stressed. 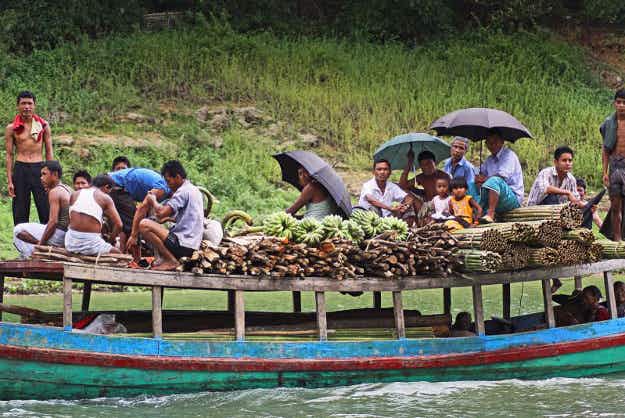 See the most and least touristy destinations you can visit…

Travel the world for free with WOW Air's new Snaptraveler…