A brand new river lodge has opened near Victoria Falls in Zimbabwe, providing a unique experience for travellers wishing to sleep surrounded by the beauty of the African wilds.

The Matetsi River Lodge is available for guests to rent in Zimbabwe following a multi-million dollar investment. Image by AndBeyond

The lodge is operated by luxury safari company AndBeyond, and it has opened following an extensive multi-million dollar rebuild. Situated on a 123,500-acre private wildlife concession on the Zambezi River, the lodge provides luxury accommodation and a selection of wildlife experiences in the area.

The interiors of the Matetsi River Lodge are decorated to match the rustic African surroundings with a luxurious twist for comfort. Image by AndBeyond

The AndBeyond River Lodge consists of two camps with nine suites each, including a family suite at each one. One of the camps is fully operational while the other one is scheduled to open next month. The lodges are decorated with traditional wood carvings that echo the rustic surroundings of the area. Stone and strong copper are also used in the décor, referencing the mineral riches of the region.

Stone, copper and wood are used in the interiors, echoing the materials and minerals of the region. Image by AndBeyond

The site includes a Safari Shop and fully fitted gym, conference centre and massage facilities. There is also a 20-metre rim flow swimming pool that stretches along the river bank.

A range of activities are available, including bungee jumping from the Victoria Falls Bridge. Image by AndBeyond

Also available is the Matetsi River House, a sole-use private villa that can sleep groups of eight. The four-bedroom villa has a self-contained kitchen, indoor and outdoor dining areas and a private veranda that overlooks a swimming pool and fire pit. It even comes with a dedicated guide, chef, private vehicle and butler.

Located on one of the largest wildlife concessions in the area, a range of safari adventures and activities are available to guests staying at the Matetsi River Lodge. Extensive reserve management has taken place on the concession for almost two years in an effort to encourage wildlife to thrive in the area, with 14 new waterholes having been created using troughs and solar pumps.

A new network of roads has opened up the reserve for game drives, while bush clearing programmes have limited the encroachment of fast-growing plant species, increasing the habitat for plains game. The wildlife population has also benefitted from increased security efforts, with both armed National Parks staff and privately sourced employees being utilised for anti-poaching patrols.

Guests with a sense of adventure can go on game drives and safaris to spot local wildlife. Image by AndBeyond

Herds of elephants and buffalo can be seen from safaris as well as kudu, sable and roan antelope, hippos, lions, leopards, African wild dogs, spotted hyenas and 366 species of bird.

Lions, leopards, African wild dogs and spotted hyenas are among the animals that can be spotted in the area. Image by AndBeyond 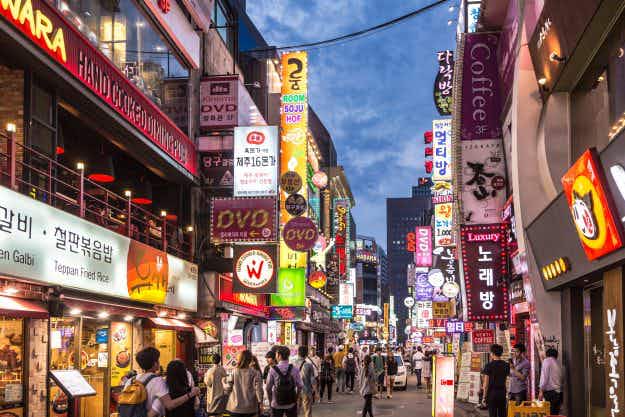 South Korea gears up for the Incheon 2018 Winter Olympics…