Glasgow’s Kelvin Hall will reopen in September after a £35 million refurbishment that will make it one of the biggest museums in the UK.  The iconic venue will house 1.5 million exhibits from the Hunterian Museum as well as Glasgow’s civic collection. It will also be used as a cultural and research centre and will be the new home of the National Library of Scotland’s Moving Image Archive.

Kelvin Hall, in Glasgow’s West End, opened in 1927. In WWII the exhibition hall was converted into a factory for barrage balloons, which were part of Britain’s air defence. It has hosted major exhibitions, circuses and boxing matches, and was a key music venue in the 1960s and 70s, when Jerry Lee Lewis, the Kinks and Elton John performed here. Most recently it was the home of the Museum of Transport (which has since moved to the Riverside Museum) and was used for basketball and athletics.

The autumn reopening, is “phase one” of the project, which will see the museums move in alongside one of the city’s biggest sports gyms. Professor David Gaimster, the director of the Hunterian, told the BBC: "The Kelvin Hall phase-one project is going to enable us to bring together all of our collections, 1.5 million objects and specimens, that are now in nine different storage facilities which are very inaccessible, and bring back this incredible asset dating back to the Enlightenment. It will not only create new access for educational audiences including the University of Glasgow but also connect collections which have been entirely fragmented for more than 200 years."

Phase two of the project, which will be completed by 2020, will see the Hunterian’s collections moved into a 16,000 sq m hall that was previously occupied by the Museum of Transport. Kelvin Hall sits opposite the Kelvingrove Museum & Art Gallery and near the Riverside Museum. According to Glasgow University principal Professor Anton Muscatelli, the Kelvin Hall area will be the "best museum district outside of London" when complete.

Swimming in the Seine might be part of your next… 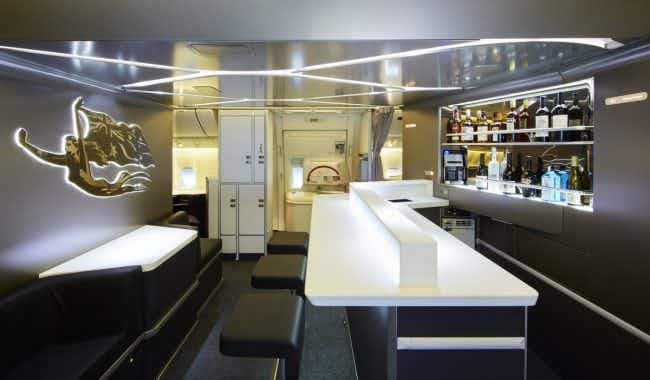 Bottoms up on the new onboard business class bar for…