A rare set of plates, dating from the Byzantine Empire, has been found underwater in Turkey. The remarkable haul of 100 unbroken and 300 broken plates was recovered off the coast of Antalya’s Adrasan district.

According to Selçuk University archaeologist Hakan Öniz, whose team made the discovery, the plates have been submerged since the 12th century, when the boat transporting them was probably shipwrecked after hitting a rock. The underwater excavations began in 2014 as a collaboration between Selçuk University, Dokuz Eylül University and the Antalya Museum. “We were not hopeful of finding anything considerable,” Öniz told Hürriyet Daily News. “Just then, we found a solid, very beautiful plate with its own colours. It made us very happy. We were amazed by the designs on it. As we found the others, we were surprised by the motifs on each plate. There are fish and flower motifs unique to the era. The workmanship was very good. All of them were 800–900 years old.”

The plates were found over an area of 15 to 20 metres, and according to Öniz, discovering such a set is extremely rare. He believes the plates must have come from two separate factories, as they show signs of different production techniques. Some were stacked on top of each other. Others, however, were missing from the collection. Diving has been banned in the area of the wreckage for ten years, but Öniz suspects that opportunists flouted the ban and stole the missing plates.

The plates are currently being cleaned of salt and, once restored, will go on display at the Antalya Museum. Öniz is hoping to discover the boat the plates were being carried on, but believes the Teredo navalis (naval shipworm), which feasts on wood, may have destroyed any trace of the vessel. The current excavations are due to be completed in 2017. 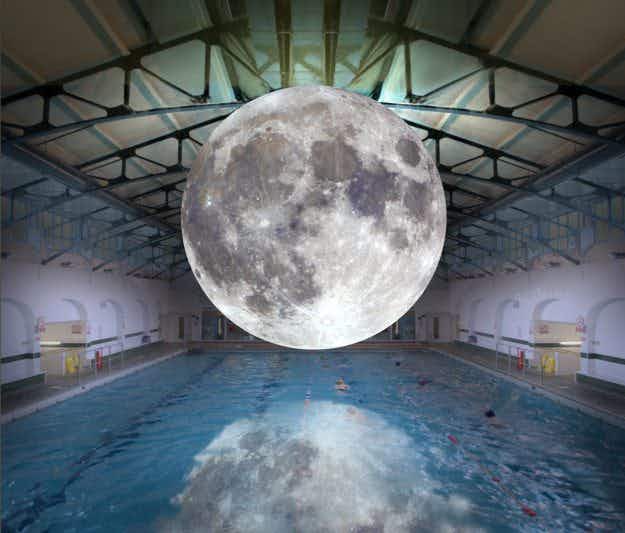 An exhibition featuring a photo-realistic inflated replica of the moon…