Iconic fashion designer Ralph Lauren is bringing a touch of his classic American style to the UK with a new restaurant in London.

Ralph’s Coffee & Bar will be the designer’s first dining destination in London, though it’s not his first venture into the restaurant world. The new London spot will echo “the warm, sophisticated, club-like atmosphere of the Polo Bar” in New York. He also has a coffee shop in New York called Ralph’s Coffee and eateries in Paris and Chicago.

The style of the new bar and restaurant reflects the brand’s equestrian vibe, featuring “a brass-topped bar, saddle-leather banquettes, and equestrian-themed art hung against dark wood panelling and green billiard cloth,” according to the official website.

The restaurant, which is located in Mayfair, seats only 24 people, with 12 seats at the bar. The menu is focused on American-style light fare – it features butternut squash soup, a club sandwich, and Cobb salad – and naturally, Ralph’s Coffee.

Perhaps the main portion of the menu is the cocktail list, which features classics like an old-fashioned or a gimlet, as well as some new blends.

The restaurant is located next to the Polo Ralph Lauren flagship store on Regent Street.

You can now find yourself in a scene from La… 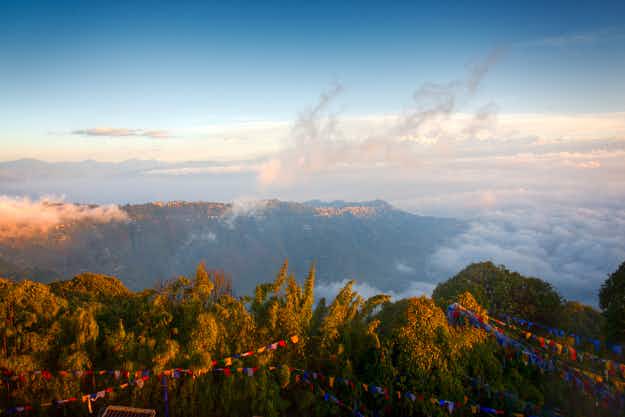 A new cycle-only path in India leads through the exquisite…