On 30 December 2016 the McDonald’s fast-food chain opened what might be its most controversial restaurant in Italy. The outlet is located on the picturesque Borgo Pio street, just 150 metres from St Peter’s Square.

Although the new restaurant is not actually located within the Vatican City, and there are two other McDonald’s restaurants located just as close to Vatican territory in the Prati neighbourhood to the north, this one has whipped up controversy because it is in a building owned by the Vatican. Several senior Cardinals even live in apartments above the new restaurant.

One Cardinal, Elio Sgreccia, spoke out against the development in an interview with the La Repubblica newspaper last October: “The mega sandwich shop on Borgo Pio is a disgrace. It's a controversial, perverse decision to say the least. It would be better to use those spaces to help the needy of the area, spaces for hospitality, shelter and help for those who suffer, as the Holy Father teaches."

However, APSA, the administrative body in charge of the Vatican's real estate decided to continue with the deal, renting out the 538-square-metre property to McDonald’s for €30,000 a month. Cardinal Domenico Calcagno, who is head of APSA, told La Repubblica that he couldn’t see “anything negative” about the deal – “I just don’t see the scandal”.

Perhaps sensitive to the controversy it causes whenever it opens restaurants in historic areas of Italy, McDonald’s opened the restaurant with no fanfare. In a statement, the company said: “As is the case whenever McDonald’s operates near historic sites anywhere in Italy, this restaurant has been fully adapted with respect to the historical environment.”

Despite the scandal, two nuns were seen going into the restaurant at lunchtime, and local worker Raffaella Scarano welcomed the new addition to the neighbourhood, saying: “Anything that is good for the economy of our country is fine by me.” 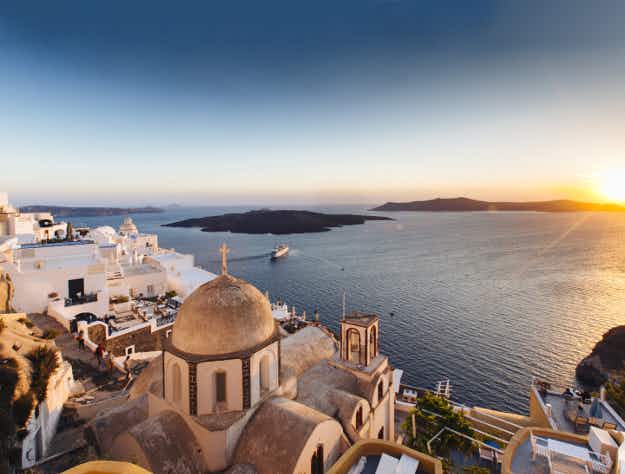 Want to travel and save money in 2017? Consider taking…