‘Star Wars’ creator George Lucas has offered two futuristic designs to competing US cities, Los Angeles and San Francisco, in their bid to win the site battle for his museum.

A rendering of the proposed Los Angeles site set on six acres of green space. Image by Lucas Museum of Narrative Art

Having pulled out of Chicago earlier this summer due to controversy over the design, the filmmaker and entrepreneur has the choice of being housed on Treasure Island in San Francisco Bay, or Exposition Park near the LA Memorial Coliseum, according to the Chicago Tribune. Both forward-looking designs were drawn up by Chinese architect Ma Yansong, who Lucas also used on his failed project for the Chicago lakefront.

The proposed museum will tell art through imagery. Image by The Lucas Museum of Narrative Art

It is understood that the new designs have the support of officials in both cities looking for what could be a $1 billion undertaking. LA Times architecture critic, Christopher Hawthorne, described Lucas’ scheme of having two Californian cities wrestling for the museum attraction as the architectural equivalent of “asking two people to prom on the same day.”

The proposed structure in San Francisco. Image by Lucas Museum of Narrative Art

Lucas’ new designs are about 10% smaller than the one put forward for Chicago. He is expected to decide on which city he will favour early in the New Year. San Francisco Chronicle’s urban design critic, John King, described the San Francisco design as something of a "cross between a silvery cloud and a souped-up sports car." He supported the venture, saying it conjured up “the futuristic aura of ‘Star Wars’.”

The futuristic design for San Francisco. Image by Lucas Museum of Narrative Art.

The LA proposal, he added, reminded him of “an elongated spaceship.” The Lucas Museum of Narrative Art, as the building will be known, will aim to emphasise the power of telling stories through various objects, like Star Wars costumes and Mad magazine covers. Two years ago, Lucas had his plan to build his museum in San Francisco’s Presidio - a National Park - rejected, forcing him to move to Chicago, the home of his wife. He has since said of the decision to withdraw from Chicago: “while Chicago will not be home to the museum, my wife and I will continue to enthusiastically support a wide variety of educational and cultural activities throughout the city.” 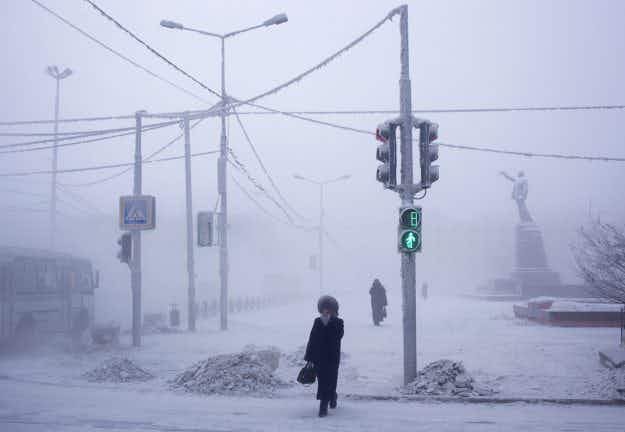 Incredible photographs show daily life in the coldest city on… 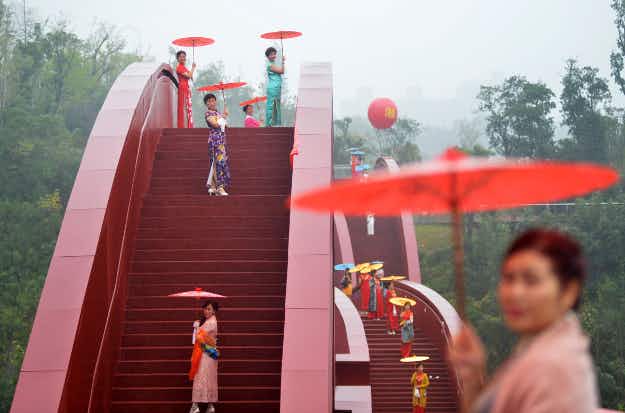 See photos from the incredible "Lucky Knot" bridge that has…