A luxury dining experience is being made available on-board Portugal’s Presidential Train, offering guests the opportunity to sample a range of cuisines from Michelin-starred chefs while relaxing in comfortable surroundings.

Seventeen one-day trips will be available on the Presidential Train throughout May this year, with each of the experiences catering exclusively for 60 guests at a time. Built in 1890, the train has hosted kings, presidents, heads of state and popes over the past century, having previously served the court of King Luis I as the Portuguese Royal Train. It was officially retired in 1970, but underwent major restoration work in 2010 to bring it back to its former glory. Each voyage begins in Porto, with the one-day experience leaving the historic São Bento train Station. The train has a selection of cabins that cater to different numbers, all with original furniture.

Five Michelin-starred chefs are taking part in the experiences. Image by The Presidential Train

A four-course tasting menu with wine pairing is served in one of the three restaurant carriages on-board, with seating available for up to 68 people throughout the train at four-person tables. Two of the five chefs due to take part in the trips have been announced. Esben Holmboe Bang from Maaemo, the youngest three-Michelin starred chef in the world, leading the first week, while Pedro Lemos of Oporto’s Michelin-starred restaurant of the same name will be cooking throughout the second week of journeys. Following the meal, the train arrives at Quinta do Vesúvio in the Douro Estates, where guests can take part in rare port tasting.

The voyage also includes live music in the bar carriage, activities in the tea room, and other events on the way back to Oporto. International guests can choose a three-day package that includes a private 24-hour driver, gourmet meals at restaurants in Oporto, overnight stays at a five-star hotel and a spa treatment. Prices start at €500 for the one-day ticket, while the three-day experience costs €5000. More information on tickets and dates is available on the Presidential Train website.
Get the top travel news stories delivered straight to your inbox every weekday by signing up to our newsletter.

A free wine and cheese festival is coming to London’s… 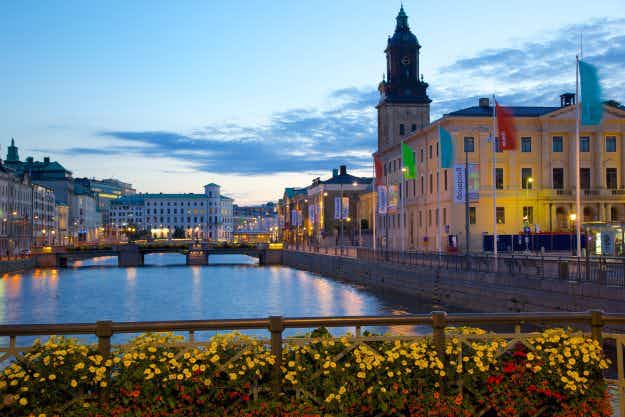 Discover the cities that have been voted the most sociable…