Millions of tourists visit Pompeii each year to take in the ruins of the ancient city in Italy, buried by the eruption of Mount Vesuvius in AD 79. While visitors to the site can wander through the remains of the streets and buildings, a new video from university researchers uses 3D technology to allow people around the world to see what a home in Pompeii would have looked before the volcanic eruption.

The video, from Lund University in Sweden, reconstructs the home of a wealthy resident, named Caecilius lucundus, as it would have looked before the tragic destruction of the city.

The ancient ruins of Pompeii with Mount Vesuvius in the background. Image by Henryk Sadura/Tetra Images/Getty Images

The video was created by combining traditional archaeology with 3D technology, according to the university. Lund University scanned a city block of Pompeii in 2011 and 2012 and has now created the 3D model to help illustrate Pompeii as it would have appeared.

The researchers have also uncovered floor surfaces from the time of the eruption and cleaned and documented three large wealthy estates as well as a tavern, a laundry, a bakery and several gardens.

"By combining new technology with more traditional methods, we can describe Pompeii in greater detail and more accurately than was previously possible," said Nicoló Dell´Unto, digital archaeologist at Lund University, in a news release. 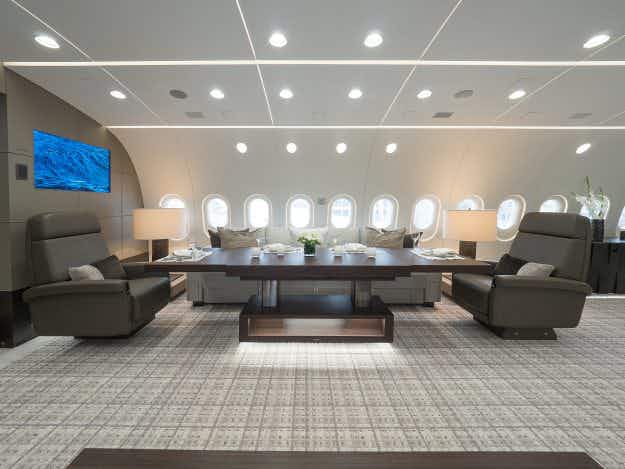 In Pictures: inside the world’s first fully customised luxury Boeing…

Two rhinos bred in captivity and returned to the wild…