Inspired by Planet Earth II on BBC America? One tour company is offering you a chance to live it

If watching from the comfort of your own home simply isn’t enough, a tour company has a range of experiences inspired by Planet Earth II and even recruited the help of the BBC to make them.

Tauck Travel have a four-year partnership with BBC Earth to create 'Earth Experiences', a range of tours giving visitors a chance to live through the ground-breaking nature series in real life. They’re all designed to allow travellers to explore the incredible landscapes that delighted more than 13 million viewers in the UK alone.

The series, which is currently being shown on BBC America, has already sparked a renewed interest in booking wildlife holidays but Tauck are offering tours that use ground-breaking technology to see what visitors normally cannot. You can use underwater cameras, night vision goggles, microphones and infrared camera traps to get a glimpse into the natural world without disturbing the animals.

BBC Earth have also created exclusive footage for the tours in order to give more context and a deeper understanding and there will also be local experts and guides on hand. The tour locations all reflect the thematic episodes of the series.

Giraffe at Lewa Downs, Kenya could feature in the Planet Earth tours. Image by Mik Peach/500px

Adventurers can choose from the African Great Plains, polar expeditions, mountains and forests or the rich eco-system of the world’s seas. The latest itineraries for the Planet Earth tours included Costa Rica and the Panama Canal with more on the way.

Meanwhile, broadcaster David Attenborough, the famous voice of Planet Earth II, was recently honoured for his 90th birthday by having a 430 million year old fossil named after him. The fossil joins a large list of species named after the famous naturalist. To date, a species of dinosaur, weevil, pygmy grasshopper, shrimp and echidna have all been named in his honour, as well as two plants, one wildflower and one newly discovered tree in Ecuador. 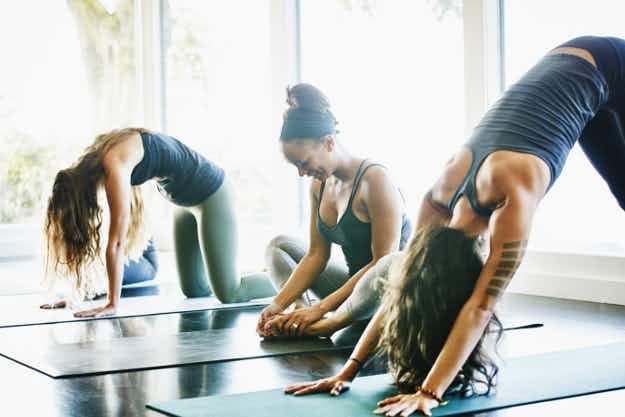 Add weed to your workout - a new gym in…