A few lucky New Yorkers will get to experience a subway free from stressful delays, overcrowding, and mysterious odours. Number 132A Stanhope Street, a new residential building in Brooklyn’s Bushwick neighbourhood, has just been completed and was designed around the MTA subway theme.

The building's facade looks like a subway station. Image by DNAinfo

The subway theme carries through to the bathroom. Image by DNAinfo

In the hallways there are green metal stairs and yellow handrails, and on each landing hangs a giant photograph of a subway station.

Writer and Bushwick resident Emily Kirkpatrick lives across the street from the Stanhope MTA apartments and described the building's transformation to Lonely Planet. “At first it was just little weird things, like the steampunk balconies and the railing that blocks the windows in the front, but I would say halfway through this summer the subway details started to appear,” she explained. “The sign and the non-functioning clock on the front were first, and then they started painting on the subway system map across the side of the building.”

The building is certainly a standout. Passersby often stop to examine the design, says Kirkpatrick, with reactions ranging from confusion to amusement.  There are eight rental units in 132A Stanhope Street, and at least one has already been snagged. But for those hoping to get a look at the building’s unique exterior, the M train is only two blocks away. 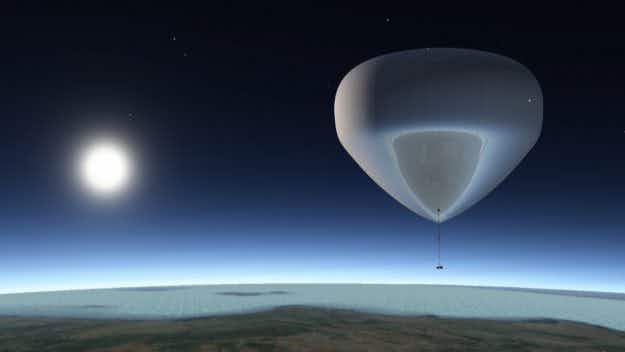 A Spanish tech firm plans to send tourists to space…