A photographer has shared a series of stunning images that show the remains of an abandoned water park in the city of Hue in Vietnam.

The images were captured by Nathan Peauril, and illustrate the fate of the now-derelict Ho Thuy Tien water park that was built in 2004 following a sizeable investment in the property. Despite having being abandoned, the site is a popular attraction for urban explorers and photographers looking to document the haunting area. Nathan and his wife visited the park during a two-week trip to Vietnam. “Since becoming aware of urban exploration and photography of abandoned places, I’ve always wanted to try my hand at an appropriate location. Unfortunately there aren’t a lot of options in Australia as we generally tend to destroy and rebuild everything before it ever gets a chance to be abandoned,” he told Lonely Planet Travel News. They hired a scooter and drove eight kilometres to the park, which they found with the help of a portable 3G WiFi device and google maps. Upon reaching their destination, they entered the park through the back entrance.

Nathan and his wife found that they weren’t alone however, and ran into other explorers making their way through the park, some of who even posed for some pictures. Families were making a day trip out of it, while some men fished off a bridge. Nathan even saw some people selling drinks from a makeshift stall to accommodate tourists. The park includes a gigantic dragon structure that people can climb for a view of the surrounding lake and forest, hydraulic space ship rides, buildings and water slides.

“Photography of abandoned places is particularly inspiring to me and I find a timeless and surreal beauty in viewing nature retake man-made structures. I’ve read that the park is more popular now than ever before and this comment seems quite accurate from what I experienced when I visited. The park was crawling with teenagers and I met some nice people and felt very welcome, the volume of people did reduce the atmosphere thought as I was looking forward to investigating an abandoned site!” Nathan said.
Get the top travel news stories delivered straight to your inbox every weekday by signing up to our newsletter. 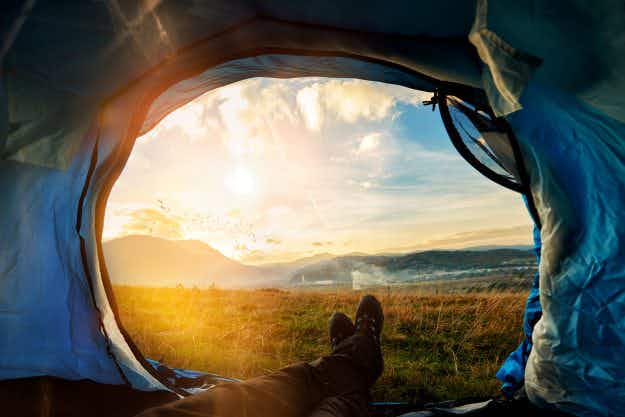 Trouble sleeping? Dust off your tent, a new study suggests…