Philadelphia is home to a wealth of public parks and one of the country’s most notable beer scenes, and this spring the city will brilliantly combine the two. Parks on Tap is a mobile beer garden program that will travel to a series of public green spaces across the city, offering visitors a temporary oasis when the weather turns warm.

Following the great success of the program’s first season last year, Philadelphia Parks & Recreation, in partnership with the Fairmount Park Conservancy and FCM Hospitality, will launch earlier this year and last longer.

Kicking off Wednesday, 17 May — fittingly during the city’s LOVE Your Park Week —  the beer garden will remain for 3-5 days per location, then move on to a different park. Each week for 20 consecutive weeks, a new green space will welcome visitors with beers on tap, festive food, picnic benches, hammocks, and restrooms. Last year, hometown beers included Yards and Dock Street breweries, and local chef Mitch Prensky’s menu featured pork and mushroom sliders, corn on the cob, watermelon, and other summer staples.

While the roster hasn’t been announced yet, the lineup could involve the expansive Fairmount Park, or any of Philadelphia’s more than 100 neighborhood green spaces. “In some cases, the beer garden will be set up at highly trafficked areas, like Schuylkill Banks, but in others it will be tucked away in neighborhood parks,” Kathryn Ott Lovell, Commissioner of Philadelphia Parks & Recreation, said in a statement. Visitors to and residents alike can enjoy local brews in the city’s scenic green spaces. “One of the great things about Parks on Tap is that it encourages Philadelphians to act as tourists in their own city and visit hidden gems of parks they might not otherwise see,” Rick Magder, executive director of Fairmount Park Conservancy, told Lonely Planet.

A sight this beautiful could be a painting in that Art Museum back there! #parksontap takes on Paine's Park all weekend until Sunday 🎨

Philadelphia boasts a bounty of pop up beer gardens each summer, from the Delaware Riverfront’s Spruce Street Harbor Park to The Oval on the Benjamin Franklin Parkway, but Parks on Tap is the first and only roving operation in the city. 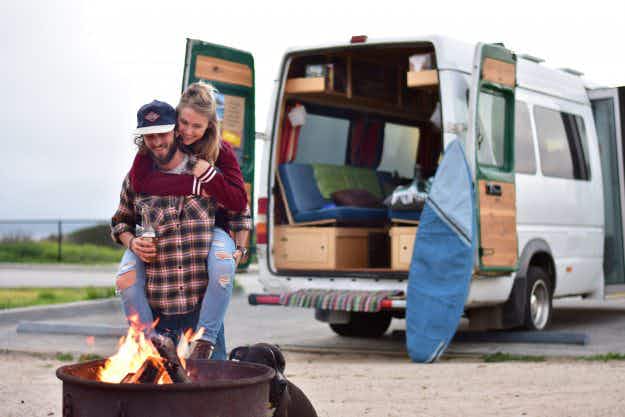 See how this couple turned their van into a home…

More lavish Airbnb rentals are on the way as company…