Would you pay a $1000 deposit before you stay at the newly-opened Banksy hotel in Bethlehem?

Famously secretive artist Banksy's new hotel opened in Bethlehem on Monday, but if you plan to stay there, you will have to stump up a $1000 deposit in advance.

Guests at The Walled-Off Hotel are required to pay the deposit as a safeguard against the theft of any of the dozens of new Banksy paintings that adorn the walls.

Even the bathrooms get the Banksy treatment at the Bethlehem hotel. Image by The Walled Off Hotel

The hotel is designed to mark the centennial of when the UK became involved with the Palestinian states, and it is planning to remain open throughout 2017 and beyond, if there is guest demand.

Elton John played by video link at a launch party for staff and local residents, but the notoriously private Banksy wasn't present.

Banksy's new hotel is in Bethlehem. Image by The Walled Off Hotel

The hotel is located only four metres from the controversial wall that cuts through the occupied West Bank, and all nine rooms face it.

- Probably another misguided venture into corporate hospitality - the Walled Off hotel

Banksy described the rooms as having the "worst view of any hotel in the world," and they range in price from $30 for a bunk bed in one room to $965 per night for the presidential suite, which can sleep six people.

Banksy's artwork in the hotel in Bethlehem. Image by The Walled Off Hotel

In addition to designing some of the rooms, Banksy collaborated with other artists, including Sami Musa and Dominique Petrin, on the design.

- No, this lady isn’t famous. She was just part of a coachload of Christians that pulled up and started posing for photos.

Banksy's largest new collection in years has been donated to the local community, and the artist has been praised for "letting the voice of the Palestinians be heard" through his latest project. 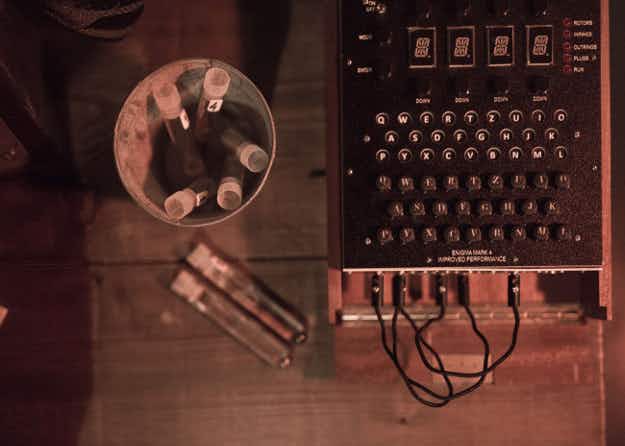 Code-break for cocktails at a London bar inspired by Alan… 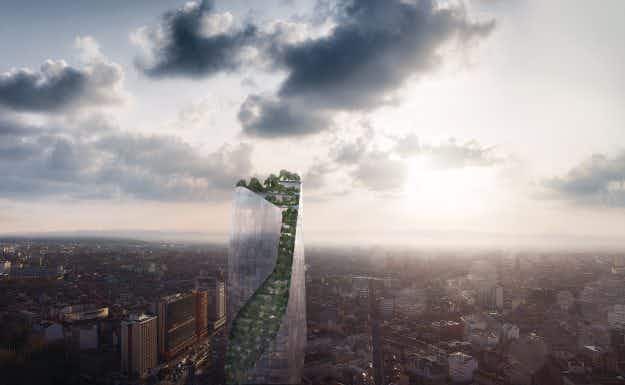 See the plans for Toulouse's first skyscraper - a futuristic…