Love to travel for a living? Paperboyo shares his tips on becoming a travel Instagrammer

You’ve probably heard of Paperboyo – a photographer who takes photos of recognisable landmarks and turns them into quirky artworks by placing intricate paper cut-outs in the scenes. From turning the London Eye into a bicycle to making buildings look like palm trees and giving statues selfie sticks, Londoner Rich McCor has seen his Instagram fan base grow in a year from nothing to more than 200K followers and counting.

Since his first Instagram post over a year ago, demand for his services has continued to grow and McCor is now considering going into travel Instagramming as a full-time job. Here he shares his thoughts on what it takes to make it as a professional Instagrammer…

For McCor, it’s been his love for paper-cutting. “In my mid-twenties I had an urge to do something creative and for whatever reason I decided that making a short film was the way to satisfy that urge,” he says.  I had no money to pay a crew or actors so instead I decided to make a film set out of cardboard and I designed crude cut-out people that formed the cast of players. “It was very homemade but the film had a charm about it which helped it pick up an award at a small film festival.  The main thing that came from it was that I became fascinated with paper craft. After that, I started making music videos for my friend’s band using cut-outs and in the process I honed my skills.”

“I’ve always loved to travel but 2016 has definitely seen me hit the most destinations in one year,” McCor says. “From January to August, I managed to cram in Singapore, Hong Kong, Nanjing, New York, the Alps, Las Vegas and Iceland as well as a trip around the UK. “At first my photos were localised to London because I live there, and then someone at Lonely Planet saw my photos and messaged me asking if I’d like to collaborate. “I said yes, obviously, and a couple of weeks later I found myself travelling around Europe taking photos for them.  This then led on to doing some sponsored trips with tourism boards and then brands started inviting me away.”

Do it because you love it

“I know I love what I do because the only thing that will make me leap out of bed at 4am is the chance to photograph an epic sunrise,” says McCor. “Chasing opportunities for an awesome photo is my caffeine. It boggles my mind that my photos have captured people’s imagination around the world and, of course, I absolutely love that they have. In fact, I had an experience at the start of the year in Singapore which hit home for me how far my photos have travelled. “After a late night of taking photos I went back to my hotel and ordered some room service. When the lady came up with the meal we got chatting and she asked what I was doing in Singapore so I told her that I was travelling around the city taking photos and posting them on Instagram. She wanted to recommend a travel photographer to me so she pulled out her phone, went on Instagram and showed me the account. It was my account. When I told her that I was Paperboyo we both stood there laughing at the coincidence.”

Be prepared for some hard work

“I’ve managed to so far balance a day job and the Instagramming but it’s been tough,” he says. “My evenings and weekends have been lost to hours spent crouched over the cutting board, developing ideas and chasing opportunities. I’ve also had to turn down trips due to work commitments, so I decided to take the plunge because I didn’t want to turn down any more opportunities – and it seemed crazy not to pursue this as much as possible. At the moment I’ve got something on pretty much every day until Christmas, and then I’ve got two books coming out next year that I need to begin working on so it’s a full-on plunge into Instagramming. It’s an exciting time for sure, but I’m always dealing with the fear of running out of ideas (that fear has been there since the very first photo though).”

McCor believes fellow Instagrammers can inspire you to think more creatively. “Some of them will even encourage you and if you’re nice, they’ll let you borrow their equipment,” he adds. “I joined Instagram when I realised that artists and photographers were being drawn to this platform and engaging with it in a way that other social media sites hadn’t quite managed.  So originally I signed up simply to follow a few people whose work I admired, but admiration turned into inspiration and I started posting my own photos and sharing them. I’m a big fan of Instagram, it’s like a global art gallery – I’ve come across so many incredibly creative people that I would never have found outside of Instagram.”

“I’ve been really lucky to work with some brilliant brands over the last year,” he says. “Lonely Planet was the first major brand to approach me (and to be honest I thought it was a prank when they messaged me asking if I’d like to take photos for them). I’ve also worked with Disney, Netflix and a range of tourism boards around the world and they’ve all provided me with a chance to stretch my creativity and come up with ideas I would have never thought of without their enthusiasm. I’ve just done a series of photos with Dubai Tourism and they gave me the challenge of bringing Dubai to London, which was a really interesting project and, as a result, I came up with some images that I really love. I really enjoy working with brands like that who are all for developing exciting and fun content, rather than just treating Instagram as a billboard.”

And finally, look up

A lot of McCor’s photographs are low-angle, allowing him to be more creative with the placements of his paper cuttings. “You’ll notice new things, and when you begin noticing new things, you’ll start having new ideas,” he says. 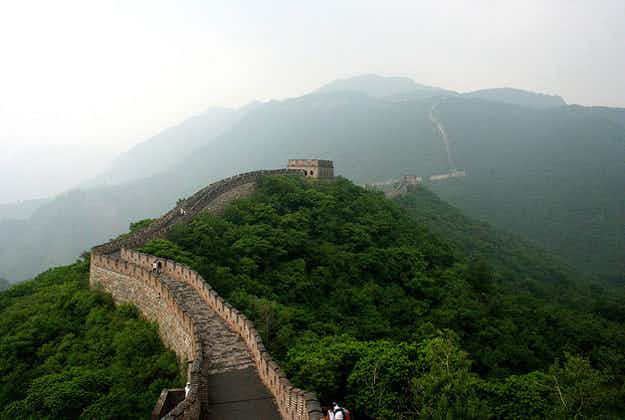 China could use online crowdfunding to help restore parts of… 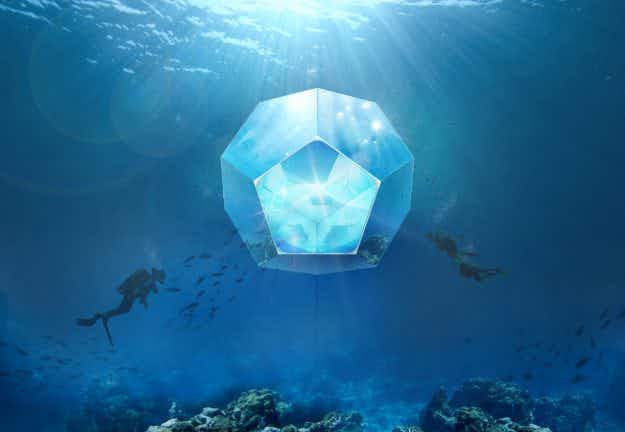 A California artist is installing giant sparkly structures under the…