However, the Metropolitan Transportation Authority (MTA) has announced that it plans to tackle this issue head on by launching the ‘Operation Track Sweep Initiative’, which will see the deployment of three new track vacuum trains.

The new ‘multi-pronged’ plan, which was announced by the state-run agency last week, is being launched in a bid to keep stations cleaner and fresher- offering commuters a more pleasant journey- as well as reducing the number of train delays. MTA officials said that trash on train tracks can catch fire and according to reports this week, 697 of 50,436 of the weekday subway delays recorded in May were attributed to fires on the lines.

The new plan was unveiled last week and it is due to be implemented in four phases over the coming months and years, meaning a much better experience for the millions of locals and tourists who rely on the system to travel around the Big Apple.

A new cleaning schedule will be rolled out which will prioritise stations based on the amount of rubbish collected from them.  The frequency of station cleaning will be almost  tripled from 34 stations every fortnight to 94. Over a two week basis from 12 September, 500 MTA employees will also participate in a large scale cleaning operation which will take in all of the system's 469 stations.

A ‘powerful’ and ‘portable’ track cleaning vacuum system is currently in development, and three ‘powerful new track vacuum trains’ have been ordered, with the first two set to arrive in 2017.

MTA chairman and CEO Thomas F.  Prendergast believes that a ‘concerted and sustained effort to limit trash on subway tracks will have a significant impact on the efficiency of subway service’.

‘Just as importantly, this initiative will also have a positive effect on how people feel about their daily commute – when there’s less debris, the entire station looks and feels cleaner, and the ride is more enjoyable,’ he added. 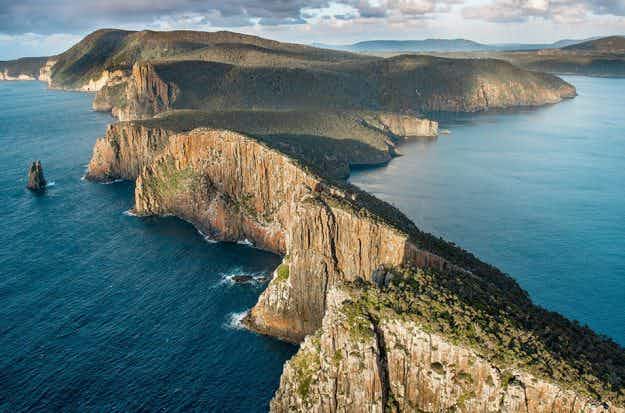 Tasmania's spectacular Three Capes Track is about to get a…