The torch relay for the 2016 Summer Olympic Games began Tuesday in Brazil's  capital city of Brasília.  The flame will be carried through 500 cities before arriving in Rio de Janeiro for the opening ceremony on 5 August.

Passing through the hands of 12,000 runners, the torch will be carried 20,000 kilometers by road and another 16,000 by air. Though it will pass through 500 cities, it will only stay overnight in 82 of them. Embratur, Brazil's tourism ministry, said the 82 cities were chosen because they are state capitals, have great economic importance, or are destinations the government wants to promote.

After departing Brasilia, the torch will make its way to the nearby ecological destinations of Pirenópolis and Caldas Novas before heading west to Campo Grande and Cuiabá, gateways to the vast natural wonders of the Pantanal. The relay will continue on to the historic cities of Ouro Preto, Tiradentes  and Salvador before flying to the mid-Atlantic beach town of Fernando de Noronha.

The torch will also be carried to the Amazon region before heading south to the triple border of Brazil, Argentina and Paraguay for two nights at Iguazú Fall . The final leg of the relay includes stints in Florianópolis and São Paulo, the country's largest city, before arriving in Rio de Janeiro.

Sun Awareness Week: 12 things you should know about the… 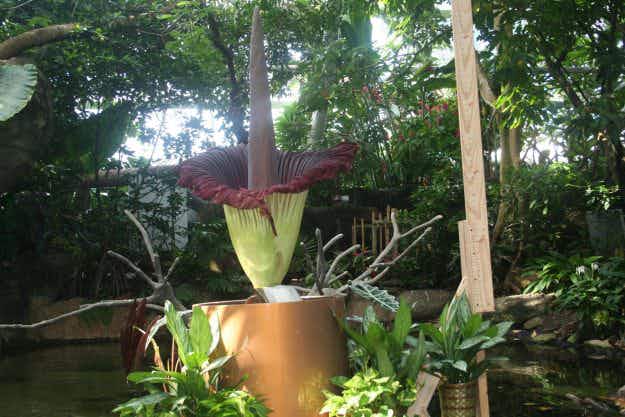 Catch a pungent whiff of a rare corpse flower expected…