The 2016 Summer Olympic Games will officially kick off for the first time on South American soil tonight (Friday, 5 August) with a spectacular opening ceremony celebrating all things Brasileiro at the country's iconic Maracanã Stadium in Rio de Janeiro.

Fireworks explode above the Maracana stadium during the rehearsal of the opening ceremony of the Olympic Games on 3 August. Image by Buda Mendes/Getty Images

"The ceremony most definitely does justice to Brazilian culture," says Bryan Sanders, who was given a sneak preview of a dress rehearsal of the ceremony last Sunday, as a guest of one of the celebration's many dancers. "As a history professor, I was noting the different elements as they came into play. It was visually very beautiful, and I definitely got chills, even now as I speak to you."

While details have been kept mum about the three-hour ceremony, the Brazilian press has done its due diligence in digging up some details and, despite pleas to the contrary, folks lucky enough to attend the opening ceremony dress rehearsal have managed to post a few tidbits on social media as well.

"I think it is important to remember that Rio is not representative of the whole of country," says Keith Jones, another of the 3000 lucky dress rehearsal ticket holders. "Brazil is a diverse and vast place and I think the ceremony does justice to the culture and history of Rio with a glimpse of Brazil as a whole. After all the negative global press during the build-up, the ceremony gave me a positive and optimistic feeling towards the Olympics."

A fan waves a Brazilian flag before the arrival of the Olympic torch ahead of the Rio 2016 Olympic Games on 2 August, 2016 in Sao Goncalo, Rio de Janeiro state, Brazil. The torch will arrive in the city of Rio tomorrow and the Games commence on  5 August. Image by Mario Tama/Getty Images)

Well, the unexpected, of course. Details about supermodel Giselle Bundchen being mock mugged on stage to the tune of "The Girl from Ipanema" has already sent the country into an impassioned polemical tizzy (and Brazilian newspaper O Globo has since reported the scene is likely to be scrapped). Football legend Pelé has been asked to light the Olympic flame to signify the opening of the games, but it was unclear at the time of writing if previous engagements would prevent him from doing so.

But, while the guest list will feature some of the country's most legendary actors, musicians and personalities, not all of them are household names outside Brazil. To that end, here's a who's who of famous Brazilians who are expected to perform.

One of Brazil's most beloved and revered musicians and a superstar in the 1960s musical/political movements such as MPB (Música Popular Brasileira) and Tropicália. Famous tracks like "Aquela Abraço" (1969), "Toda Menina Baiana" (1979), "Não Chore Mais" (1979) and his bilingual cover of Bob Marley's "No Woman No Cry” (1979), are as cherished in Brazilian culture as caiprinhas and futebol. He is also an important environmental activist and politician, serving as Brazil's Minster of Culture from 2003 to 2008.

Rising to fame as the catalyst of the same musical movement as Gilberto Gil, Caetano Veloso is another sainted Brazilian musician. His most famous song, "Alegria, Alegria" (1967) shocked traditionalists for its use of electric guitars and, despite its title ("Happiness, Happiness"), speaks to the repression and fear felt during Brazil's brutal dictatorship (1964 to 1985). Travellers can visit the corner of Av. São João and Av. Ipiranga in São Paulo, an intersection made famous in his 1993 track "Samba."

Songstress Elza Soares has been a mainstay of the Brazilian samba scene for over 40 years. Her rise from the shantytowns of Rio de Janeiro to samba superstar is a true testament to beating the Brazilian odds. To date, she has released an astonishing 54 albums and is an important LGBT icon and activist.

Oscar and Golden Globe-nominated actress Fernanda Montenegro is a household name in Brazil and most widely recognised outside the country for her pivotal role in the 1998 film "Central Station," which was nominated for several Academy Awards. In addition to those mentioned above, forró superstar Wesley Safadão, hotshot dance-pop newcomer Anitta, funk-melody award-winner Ludmilla, 12-year-old rap prodigy MC Soffia and Brazilian model Lea T, who will be the first transgender person to have a major role at an Olympic opening ceremony, are also expected to appear – as is a replica of the 14-bis biplane built by Brazilian aviation pioneer Alberto Santos-Dumont.

New York has been named the world's most expensive city… 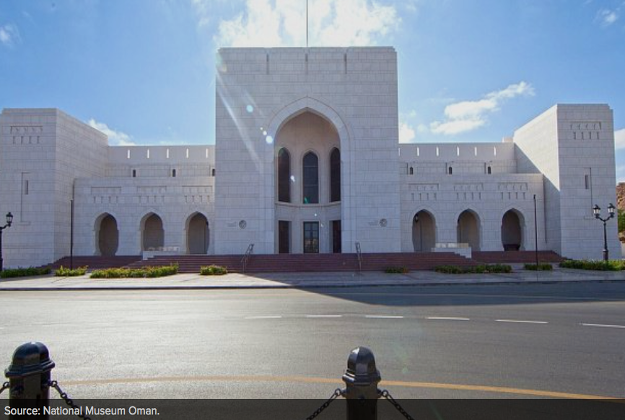 Oman's National Museum in Muscat opens to the public