Stop what you’re doing and start planning your next trip because researchers have just made it official: travel broadens your mind.

That’s the conclusion drawn by a team of academics from the University of Neuchâtel and the University of Geneva in Switzerland  who spent seven years studying the Sonso chimpanzee in the Budongo Forest Reserve, Uganda.

Results from the trial, published in eLife, show that chimpanzees that travelled furthest in the community were more likely to use tools to forage, leading researchers to believe that travel is a key factor in developing new skills – or broadening the mind.

The primatologist behind the study, Dr Thibaud Gruber, said in a statement, “Our results show that travel fosters tool use in wild chimpanzees and it may also have been a driving force in early technological evolution by humans.”

Results of the study, which were compared with those at nine other chimpanzee communities, even concluded that travel is a greater motivation force for chimpanzees to learn new skills than a lack of food.

"We didn't expect travel to be that important,” Gruber concluded, “and were surprised that it had an even greater influence than if they fed less on their preferred food of ripe fruits."

Part of the trial involved what Gruber calls “the honey-trap experiment,” a test where honey was placed inside a log which chimpanzees could only reach if they used tools to extract it.

That section of the study revealed that, “Chimpanzees spent a longer time engaging with the apparatus when not much food was available and they had to travel more to obtain it.”

Humans and chimpanzees have very similar DNA, differing by just over 1%. So the next time you go away, remember that you’re probably broadening your mind. Even if that means learning how a selfie stick works. 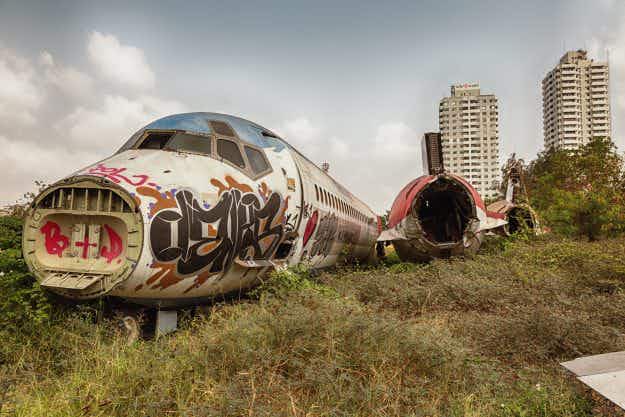 A graveyard for abandoned jets in Bangkok has become an… 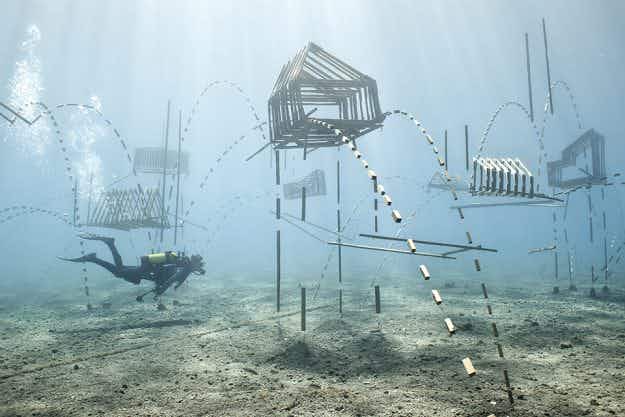 Dive in to explore this underwater artwork off the coast…