A sustainable meal, with a side of good karma please! Another vegan restaurant opening its doors in Manhattan is hardly earth-shattering news, but PS Kitchen is an eatery with a social conscience.

With its marble bar, bronze taps, exposed brick walls and antique furnishings, you would be excused for thinking this is the latest same-same-but-different dining option.

The bar at PS Kitchen. Photo by Michael Tulipan

Alas PS Kitchen’s mission is to leverage the power of the planet’s good food while benefiting and empowering the surrounding community. The restaurant has pledged to create jobs for marginalised New Yorkers, including those currently being assisted by their charitable partners Share Hope, DEFY and The Doe Fund. It will also donate 100% of its proceeds to these organisations.

The restaurant, tucked away from the nearby madness of the Theatre District, is a collaboration between co-owners Cochran, LaPadula and revered chef Gary Barawidan. Barawidan, who recently became a vegan himself due to health reasons, is fusing traditional French cuisine with American comfort food, with no meat, fish or dairy in sight.

Sample menu items include classics such as burgers, ‘spaghettini’ and Southern grits, with necessary vegan-friendly substitutions. Indeed, the blue cheese sauce contains plant-based superfood spirulina, and the béchamel incorporates vegan fats and nutritional yeast instead of butter and milk.

Before PS Kitchen, chef Barawidan was an integral part of the opening team at one of the city’s most popular vegan offerings, Avant Garde; one of the notable jewels in Ravi DeRossi’s hospitality empire.

Last year DeRossi announced his commitment to transforming all of his existing businesses into vegan restaurants. DeRossi is also behind newly opened cocktail bar Coup, which donates all profits to organizations such as Planned Parenthood and the A.C.L.U.

In a city with an overwhelming array of choice and new culinary spots openings every week, it seems there is a real trend emerging in restaurants that not only offer an eco-friendly and sustainable solution in terms of food options, but a commitment to social issues too.

12 photos that show why New Zealand continues to wow… 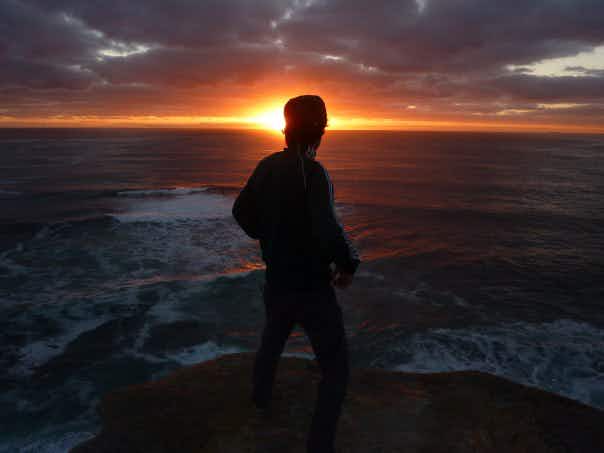 This New York bartender takes to the streets after work…