NYC with kids? Get thee to the Boroughs 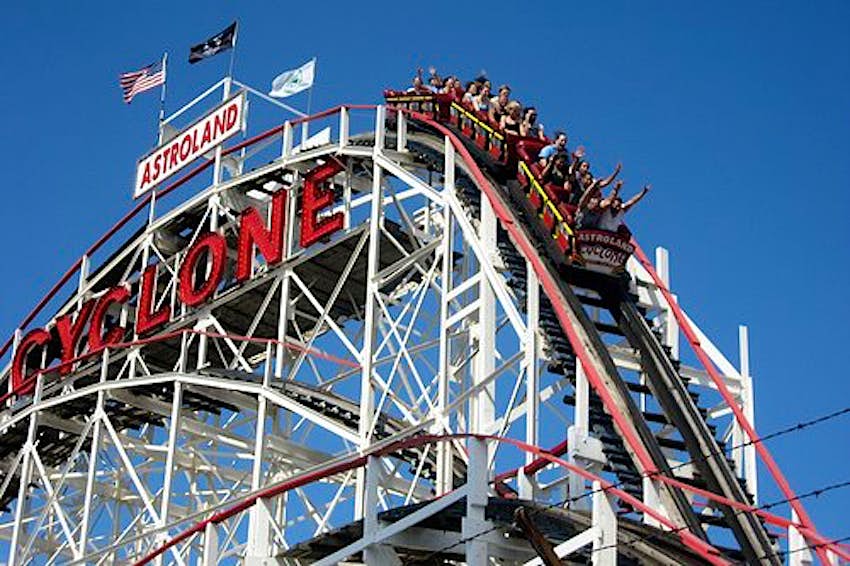 If you’re thinking of taking the family to New York City, a little advice. Get outa Manhattan, man. Here’s some of the great attractions in the other four boroughs (Brooklyn, Queens, the Bronx & Staten Island).

Queens’ Museum of the Moving Image. It’s simply the best museum in the city. Met? MoMa? Dorks, by comparison. Where else can you play free vintage arcade games, overdub yourself saying ‘we’re not in Kansas anymore’ from The Wizard of Oz, make your own ‘flip book’ you can buy, and see Robbie De Niro’s mohawk wig from that eternal kid favorite Taxi Driver. It is awesome. (And free Friday nights.)

Queens’ Museum of Art. While in the area, this museum — in a former HQ for the UN, right in front of the Unisphere — has the probably the coolest exhibit of all time: a 9335-sq-ft mini New York called the Panorama, with each building in the city shown. You walk in to one side, and go up a ramp encircling the city as lights simulate a day. It’s fun trying to pick out a hotel or home or bagel shop you went to.

Staten Island. From Manhattan’s tip, take the free Staten Island Ferry past the Statue of Liberty and get off on Staten Island. Instead of jumping back on another to Manhattan, hop on S40 bus to the nearby Snug Harbor Cultural Center with a kid’s museum, the lovely New York Chinese Scholar Gardens, all set on lovely Ivy League-type grounds.

Canoe the Gowanus Canal. They say they used to dump bodies in Brooklyn’s ugly canal under an overpass of the Brooklyn-Queens Expressway. Now a public boathouse, the Gowanus Dredgers Canoe Club — one of many across town — offers free canoes of the (somewhat) cleaned-up canal on various days for kids.

Bronx Zoo. There are zoos in Central Park and Prospect Park, but the one in the Bronx is an all-timer. Here since 1899, it’s set on a wide he Madagascar exhibit is new. Ask about the wild beaver that came to live on the zoo’s river. ‘Probably got here from Connecticut,’ one employee surmised to me.

The Brooklyn Children’s Museum. It’s the country’s first, and it was expanded recently. Fridays in summer hosts the Family Date Night with music, dance and food.

Coney Island. It’s sleazy, sure, but no more sleazy than the Texas State Fair. Ride up the 1927 Cyclone — a vintage roller coaster, grab a coney in its birthplace at Nathan’s Famous, if your kid is mature enough consider a try at ‘shoot the freak’ with a paint gun, and hop into the New York Aquarium to see a toddler walrus. Oh, and there is a beach too.

Minor league baseball. Yankees want $300 for a ticket? Forget it. Staten Island Yankees and Brooklyn Cyclones have better-situated parks on the water and tickets for under $10. Try going when they play each other — there’s no love lost between the two teams.

Pizza & Ice Cream. Manhattan thinks it has the best of both. That’s up for debate. Hard to beat the two-fer under the Brooklyn Bridge. Grimaldi’s for quick pies on red-and-white checkered tables with signed Frank Sinatra photos on the wall is the classic pizzeria. Don’t worry about the lines; it moves fast. Afterward walk down to the Fulton Ferry Pier — where George Washington escaped during the disastrous Battle of Brooklyn a month after independence was declared — for a cone from the Brooklyn Ice Cream Factory, set in a cute fire tower. (You can see the Statue of Liberty if you go to the far right corner of the pier.)

Where to see wildlife in Patagonia

9 min read • Published about 12 hours ago

15 best things to do in and around Myrtle Beach

8 min read • Published about 16 hours ago

Explore Fiji by road: 5 of the best driving routes