A state of the art underwater tunnel is among a series of alternative transport options being investigated between Norway’s system of fjords that run between Kristiansand and Trondheim.

The proposed plan for an underwater tunnel between Norway's Fjord system. Image by Statens Vegvesen

Project Coastal Highway Route 39 is exploring the technological challenges and social impacts of establishing a ferry-free road connection between the two areas.

A section of the E30 Coastal Route that stretches across seven Fjords. Image by B Ystebo / CC BY 2.0

The E39 extends for nearly 1,100 kilometres and across seven fjords which currently must be crossed by ferry.

Calls for permanent links across the fjords have led to the Norwegian Public Road Administration launching a technological development project to assess the requirements for alternative crossing systems.

The Sognefjord is one of the most difficult expanses to find alternative crossing for and is the current pilot site for planning. Image by Red Junasun

Three different bridge designs are currently being investigated, including a floating structure, a giant single spanned suspension bridge and a submerged floating tunnel. The Sognefjord is currently being used as a pilot site to test plans. At 4km in width and with vast depths, it is considered the most challenging fjord to cross.

A suspension bridge is among the propositions for joining the two landmasses either side of the fjord. Image by Statens Vegvesen

A suspension bridge between the divided land masses is one of the ideas that has been proposed. It would have a main span of 3700 metres, almost three times the length of the famous Golden gate Bridge in San Francisco and double the current world record length.

A suspension bridge across the Sognefjord would be nearly three times the size of the Golden Gate Bridge in San Francisco. Image by Statens Vegvesen

A floating structure is another idea that would see a triple spanned suspension bridge being put in place, with two of the bridge towers being placed on floating pontoons anchored to the sea floor.

The third ambitious proposal entails the construction of a submerged tunnel.  This tunnel would consist of two curved concrete tubes floating 20 metres below the surface.

Rendering of the submerged tunnel that would have to be created to strict safety guidelines. Image by Statens Vegvesen

In addition to this, the project will consider how the road and bridge infrastructure can be utilised to generate power from solar energy, currents, waves and wind. 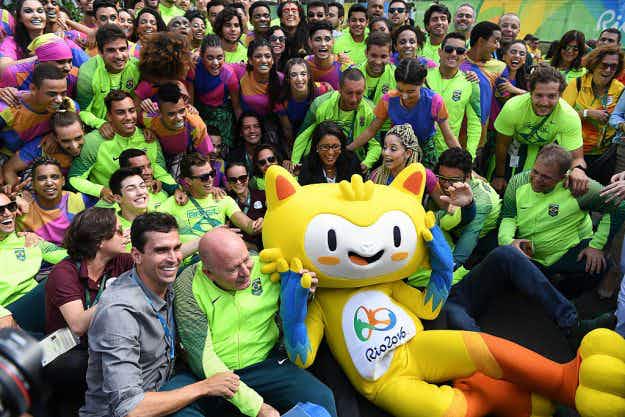 See Rio de Janeiro through the eyes of athletes as…

How to visit all mainland US National Parks in one…